How did Eren become a Titan? When did everything start? The main character of Attack on Titan has taken us on a rollercoaster of emotions with all the dead-or-alive situations he has been in and the grand battles he has joined. However, for new fans, his transformation might be a little confusing. Wait no more and dig in!

How Did Eren Become A Titan?

Eren has the ability to transform into a titan because of a serum injected into his system. The man who did it was no one other than Grisha Yeager, his father.

However, make no mistake here. Not everyone can take the serum and the transformation power. The effect is strictly for the descendants of Ymir. She was the first human being that could turn into a titan and back to human as she pleased. And the Yeagers were one of Ymir’s Subjects.

Aside from injection shots, the subject can simply drink the serum, and the effect will be the same. After the titan blood in the serum blends with the blood, the person will transform into The Pure Titan, which is a mere creature with no intelligence. They have to eat another human with titan powers to obtain the unique powers of the Nine Titans.

In Eren’s case, the human he ate was Grisha, and this event granted him the abilities of The Founding Titan and The Attack Titan. With enhanced endurance and strength, solidified body, and regeneration, it’s more than sufficient to make him one of the most formidable characters in Attack on Titan and even in the anime world.

How did Eren become the Attack titan?

In season 1 and episode 4, when the rookies of Survey Corps were devastated by the overpowered Armored Titan and the bunches of mindless titans invading the city. Many of them died. As Eren got an arm chopped off and swallowed by a titan, his best friend Armin thought he had gone too.

Among the chaos, a titan of the largest size showed up and fought side-by-side with the humans. Utilizing this titan, the young soldiers paved an escape route. Once the magic subsided, they were beyond shocked to find Eren in place of the titan, the arm he lost had also recovered as new. 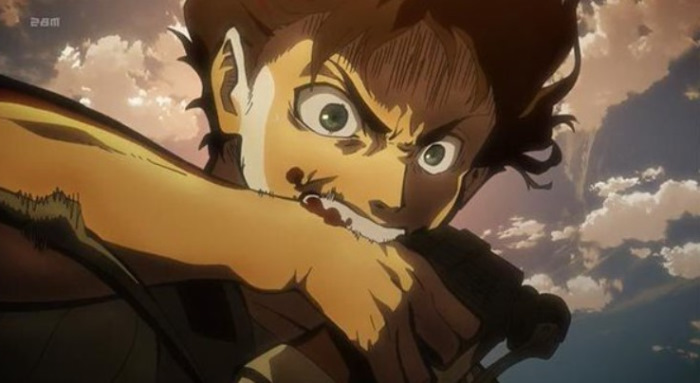 Besides the physical strength, the Attack Titan has future memory inheritance, which allows them to foresee the next inheritors and inherit their memories. It’s an ability to motivate the current inheritor to step forwards and seek freedom.

For further examples, Grisha knew about the Founding Titan being restricted to the royal bloodline through the future memories of his son Eren. Before Grisha, Eren Kruger saw him telling Eren to protect Armin and Mikasa.

How did Eren become a Skeleton Founding titan?

The Founding Titan is the firstborn among the powerful nine. When this titan screams, it can unlock a few unique abilities: create titans and manipulate them, alter the compositions of the body, and change the memory of other Ymir’s Subjects.

Ever since he got the serum in his veins, he has been carrying the powers of Attack Titan as well as Founding Titan. But it was not until episode 12 of season 2 did he acknowledge this power. Bits after bits of the truth were revealed to us throughout season 3, making it the most impactful season of the entire series.

As the series proceeds, we have seen demonstrations of the Founding’s abilities several times throughout the series, Eren Founding Titan’s transformation only occurred in the 21st episode of season 4. From a shonen protagonist to a merciless monster, Eren has chosen to unlock his overpowered form in order to save his friends and kill everyone else.

How Did Eren Turn Into A Titan The First Time?

In the timeline, Eren has transformed into a titan once before the scene we saw in the series could happen. He didn’t become a titan after being eaten as the old, vampire-ish theory goes, but the other way around.

Eren got injected with the titan serum by Grisha and subsequently ate him in inherit the titan powers. But we are left with a question here: what’s the purpose behind Grisha’s action?

Why did Grisha inject Eren?

Grisha didn’t come from Marley but Liberio, an empire that plots Marley’s destruction. He infiltrated Paradis Island on a mission to seek a chance and obtain the Founding Titan, which was held and passed within the Reiss family.

Unfortunately, during the attack in the first episodes of the series, his wife Carla was killed and consumed by a titan without his awareness. He was pleading with the Reiss family to use their power and stop this madness, but the encounter ended up with him eating the Queen up and accomplishing his mission.

Having lost his wife and also running out of time, Grisha had to transfer his titan powers to Eren and encourage the boy to follow his dream: protecting people and avenging Carla. Everything about his life, the nations, and the titans was written in three books and hidden in a secret basement.

How Did Eren Get The Power Of War Hammer Titan? 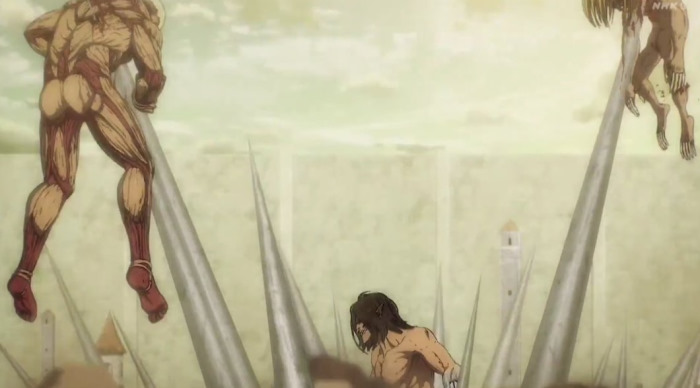 The only way to obtain the power of the Nine Titans was to consume them, and The War Hammer Titan was no exception. Eren ate Willy Tybur’s younger sister and took the war hammer power from her. She was a nameless character, but we can be sure her brother’s view of Eldians has a strong influence on her. She focused on catching and killing Eren Yeager even when Willy took his last breath.

The War Hammer Titan can harden structurally and manipulate the hardened titan flesh. They can create small objects like the string of a bow as well as gigantic pikes to spear through the largest mindless titans. Nonetheless, abusing this power will render the user drained quickly.

This titan stands out among the Nine because it can be operated differently. The operator doesn’t have to be in the nape all the time and they can emerge at any desired location. During the remote operation, there will be a cable connecting the titan form and the human, who is protected by a crystal cage as we have seen from Annie.

If Eren wasn’t agile enough to use the Jaw Titan and crack this crystal cage, he might not have gotten to her and taken her power away.

How Many Times Does Eren Turn Into A Titan?

We can say Eren Yeager has had 4 major transformations.

First of all, he got the serum and became a Pure Titan that was unable to think and act on its will, until he consumed his father and received the abilities of the Attack Titan and the Founding Titan.

Secondly, he turned into a real Attack Titan shifter during the massive attack and helped to defend the area behind the three walls. However, it was apparently the kind of instinctive power that comes from desperate moments rather than his own intention.

He slowly became more well-accustomed with his titan powers, he currently could transform multiple times for a long battle. But it was only until season 4 did he add another power to his arsenal: the War Hammer Titan.

Lastly, in a dire situation, Eren resorts to the final solution he has and unleashes the full power of the Founding Titan. It doesn’t take a genius to tell he is nearly unkillable in this form. You can’t easily spot the nape of such a huge creature, let alone attack it. Spiritually, he can also command other Eldians and have them do the killing for him.

What Eren has: The Attack Titan, The Founding Titan, The War Hammer Titan

We hope there is no more confusion on how Eren becomes a titan and survives such intense battles! Now we are looking forwards to the final clash between the corrupted Eren and the remaining protagonists. It surely will be an epic ending for the amazingly animated series!