Scorpios tend to be flexible, passionate, and intensive. They are also courageous and willing to fight for their purpose. Their honesty can result in difficult situations sometimes but they can manage to fix them well.

What about in the anime world? Let’s check out this list of Scorpio anime characters. 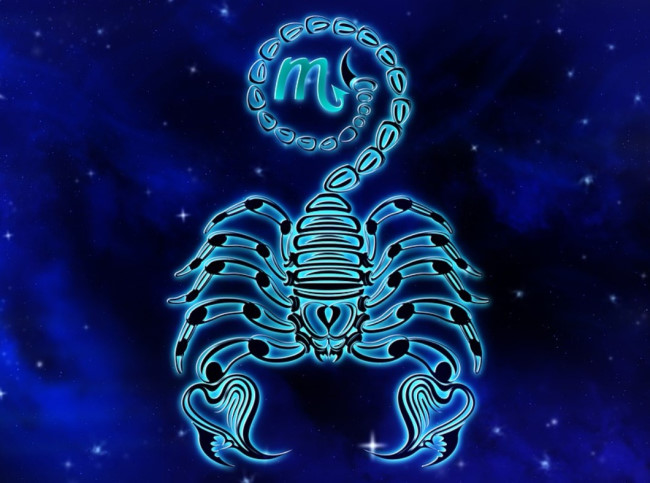 Scorpio is the zodiac sign for people born between October 23rd and November 21st.

Scorpio is frequently mistaken as a fire sign because of its amazing power and dedication. But it is a water sign who gains power from the emotional and psychic field.

Scorpios are famous for their intelligence and intuition. What makes them charming and beguiling is their mysterious traits which they never show to other people.

They have a high chance to be controlled by their egos if they are not careful. When they get close to others, they can give them deep empathy, and commitment. 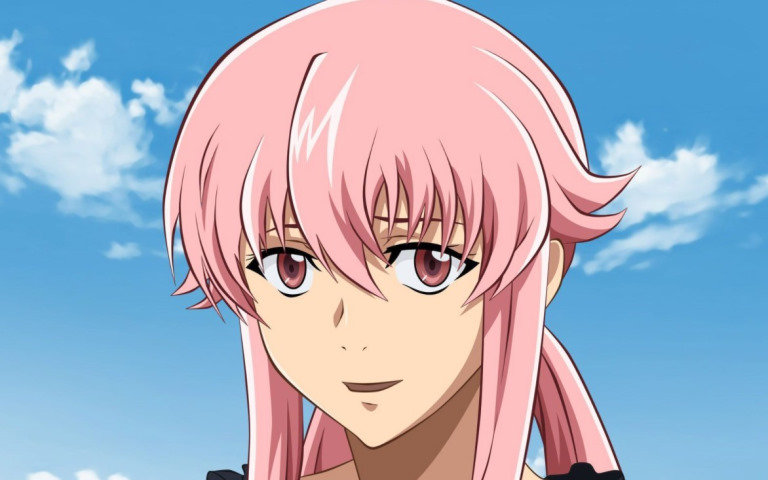 Yuno Gasai is the most favorite female Scorpio anime character in the series Future Diary. She possesses the “Diary of future love” and has an obsession with the main male character of this series.

She is still in her teenage age with long pink hair and pink eyes. She also uses a red bow on her hair, which makes her look so adorable. She usually wears a blue shirt and a ribbon, along with her blue skirt and high socks.

Her personality changes depending on who she’s with. For example, when she’s with the guy she likes, she is feminine and sweet, and a little shy. But when she’s with other people, she is a cold, calculating, and ruthless girl. She is willing to take advantage of other people to achieve her purpose. 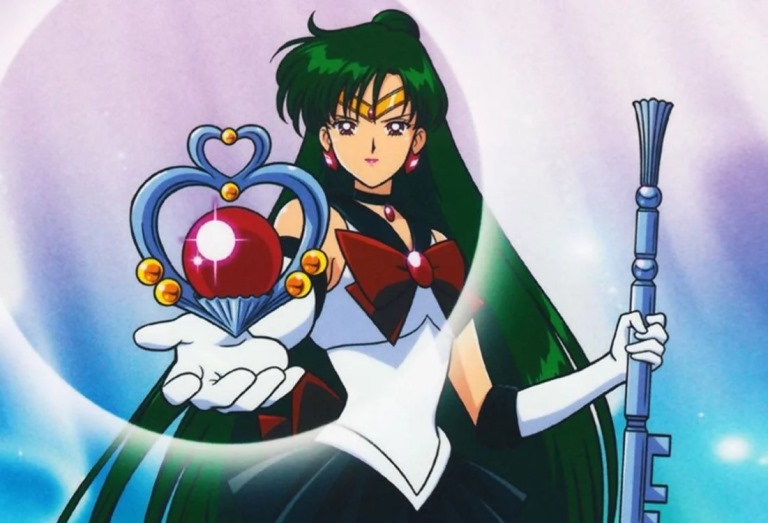 Sailor Pluto is one of the main protagonists of the series Sailor Moon. She is a part of the Sailor Guardians – a squad of female supernatural fighters, with the duty of protecting the Solar System.

She usually wears her uniform including a white leotard and a chestnut bow. Her tiara is made of gold with a garnet red gem attached to it. Her outfit consists of a pair of white long gloves, black padding, and black high-heel boots.

She is the only college student in this squad, and also the oldest but she has never taken the leadership role once. 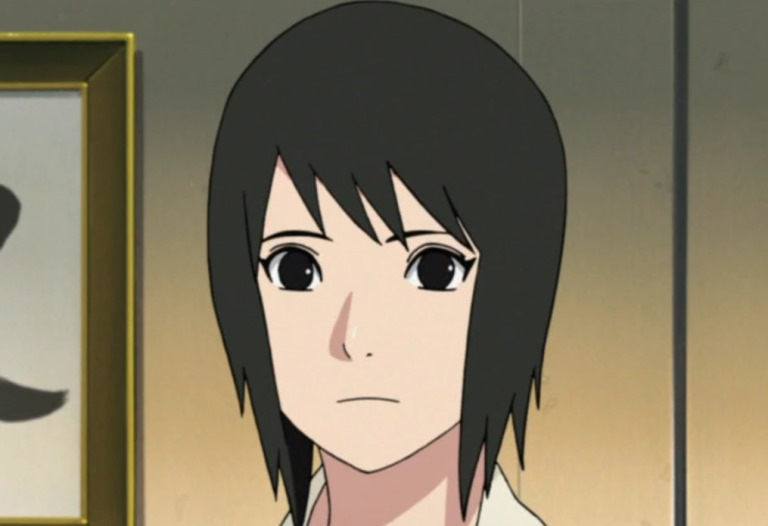 Shizune is a member of Konohagakure. She became a qualified medical-nin thanks to the tutelage of Tsunade.

She has a fair skin tone and medium height with a thin body. Her hair is straight down her shoulder. She normally wears a kimono and white trimmings.

Shizune always has leadership characteristics such as being rational and practical. She usually overthinks details and tends to follow her heart. She is a kind-hearted and calm woman, but as a Scorpio character, she will become furious and ruthless if someone insults her or Tsunade. 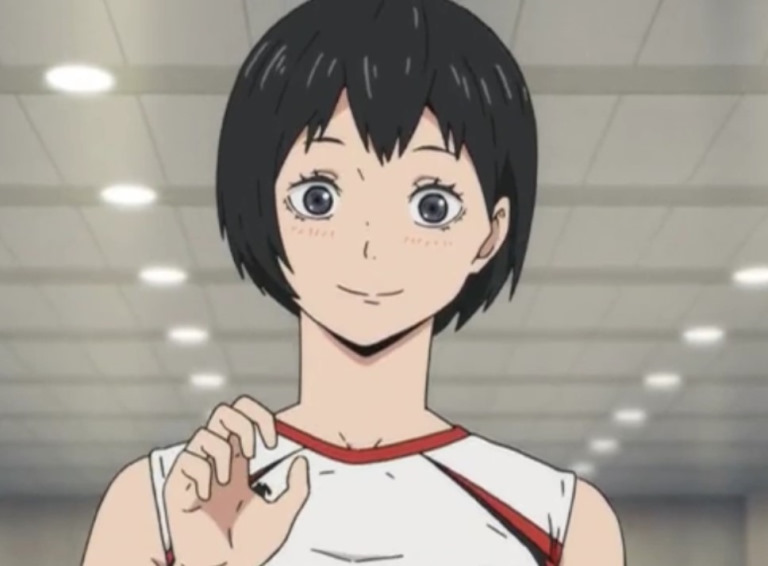 Kanoka Amanai used to be a member of the girl volleyball team Niiyama and a rising star. Her childhood friend is Tanaka.

She has quite high height with an athletically built body and short dark hair. Her eyelashes are long and charming. When she was a kid, most of her friends are not as tall as her.

At first, she was very shy because her classmates usually made fun of her height. After a while, Tanaka helped her to be more confident. She became more friendly and polite to other people. She is still embarrassed when being near her crush. 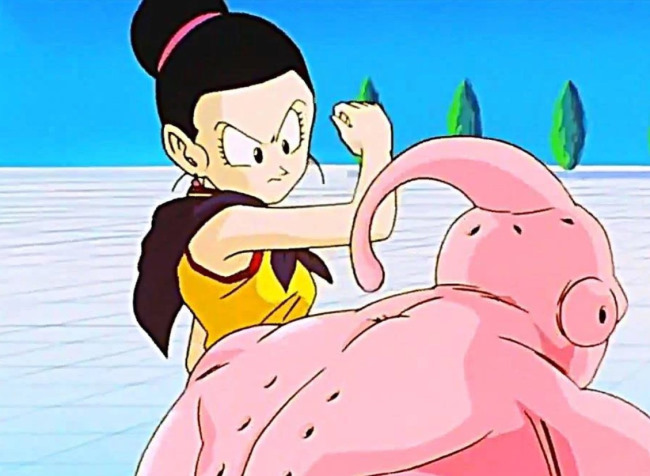 Chi-chi is the Ox-King’s daughter and Fire Mountain’s princess. She got married to Goky and had two kids named Gohan and Goten. At first, she was described to be fearful and shy but then she became really tough and determined.

She is a beautiful woman with a light skin tone a thin body, and a medium height. Her hair is long, black, and straight. Her favorite dressing style is Chinese dresses or martial arts uniforms, such as cheongsam.

Unlike her father, she is a shy girl with a pure heart, which is the reason why she can ride the Flying Nimbus. When she is in battle, she is usually scared and cries when defeating the opponent. 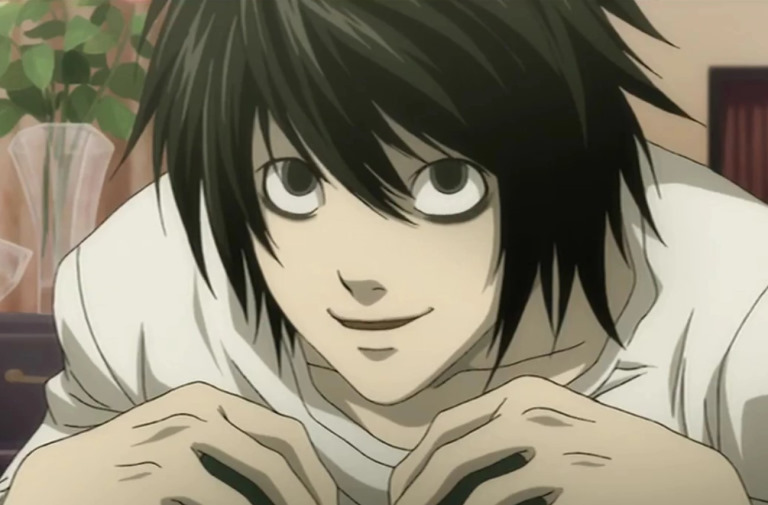 L is a famous Scorpio anime character, who has the responsibility to find the mass murderer named Kira. When he’s investigating, he develops suspicion of Light Yagami and tries to prove that this is the person he’s looking for.

L is a young man with pale skin tone and tall height. His hair is black and messy. He always shows up in blue jeans with a white shirt and doesn’t wear socks or shoes.

L is the type of guy who can keep secrets. He only talks to others through his assistant. He never reveals who he is and only shows himself with the letter L. 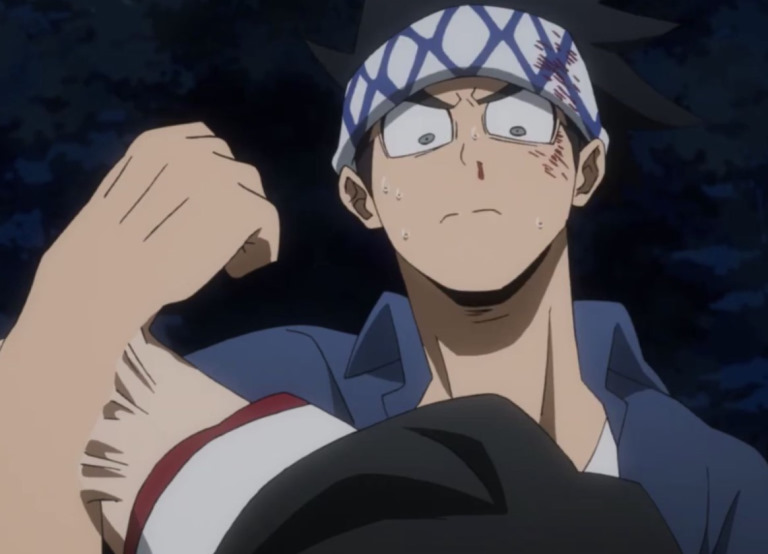 Yosetsu Awase is one of the favorite characters in the MHA (or BnHA) series and is trained to be a Pro Hero at U.A secondary school.

He has his black hair spiked upwards with big grey eyes. He usually wears a headband that has a zig-zag pattern quite low around his forehead so his hair won’t cover his eyes.

He is not outgoing but talks a lot and is intense. Only when it comes to serious things or vital situations that he becomes startled, yet he still keeps his speech style. 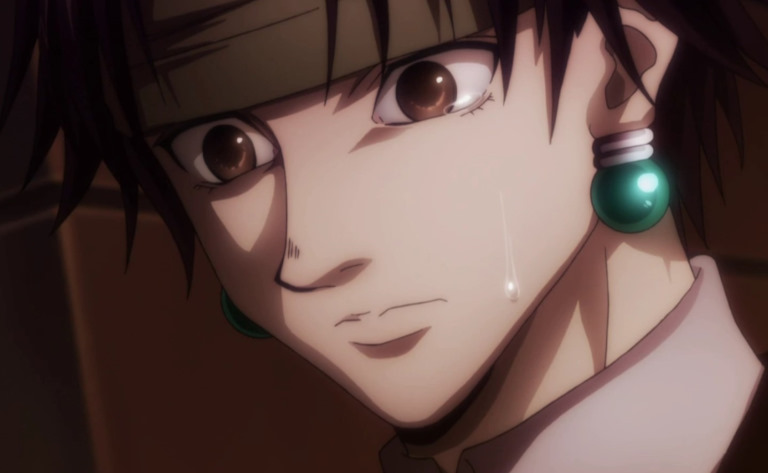 In the HxH series, Chrollo Lucilfer is the Phantom Troupe’s founder and also the leader. He ranked the seventh position in physical strength among the team.

His special trait is the tattoo of the cross-shaped on his forehead. He usually appears with a dark purple coat with white fur attached to the wrists and collar. He normally wouldn’t close the button so he can show off his muscular body.

Chrollo Lucilfer is intelligent, charming, and has all characteristics of a great leader. He can make the team go along with each other regardless of their difference. 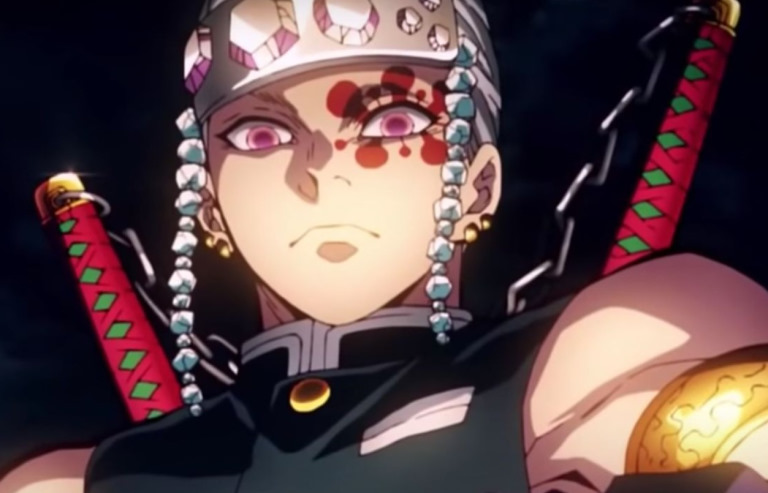 Tengen Uzui is a member of the Corps and the Sound Hashira. This anime Scorpios is a quite charming man with white hair and maroon eyes with long eyelashes. He uses his appearance to get his mission done when he needs to persuade others.

He is a bit weird and flashy. He wants things to be special. He even claims himself as the god of festivals and flashiness.

He is very harsh to other people and even insults them when they cannot pass his training.

Porco Galliard, one of the main characters in AOT, is Marcel Galliard’s younger brother. He is a member of Marley and got the Jaw Titan.

He has deep eyes and blond hair which is quite long. He shows up with armored fingers, knuckles, and face. He has a well-built body and usually walks on fours like the Cart Titan.

Porco Galliard is described as a tough and brave character who used his Titan to protect his teammates and Eldians Gabi. He is a passionate warrior who is willing to jump right into the battle and fight with the enemies for the safe of his people. 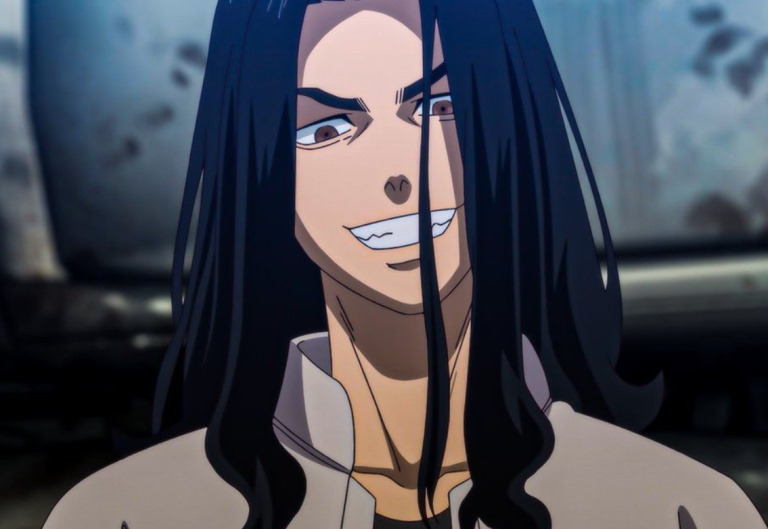 Keisuke Baji was the first captain of the gang “Tokyo Manji” and also one of its first members since the beginning.

He is still a teenager with long black hair that is usually tied when he is in a battle. His canine teeth are so sharp that when he grins, he looks intimidating.

Keisuke Baji is a wild guy with a bit of violence. He would like to punch random people on the street without any reason. He always grins during his combat. He is willing to do everything to protect his friends, even sacrificing himself. 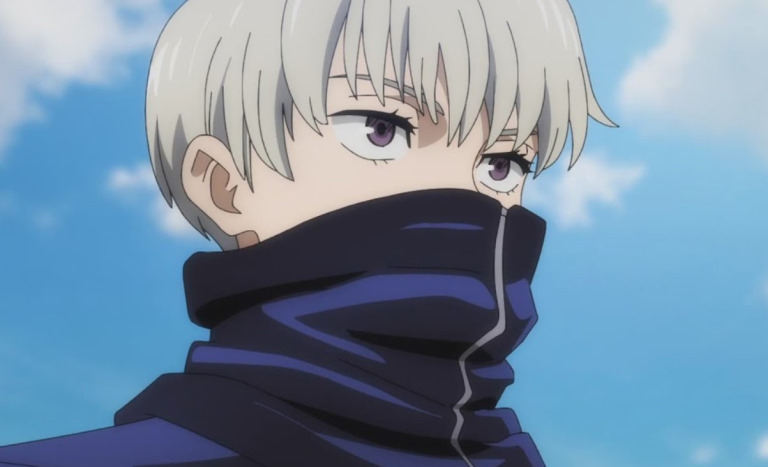 Toge Inumaki is a sub-character in the series JJK. He is a member of the Inumaki Family, one of the rare people who has the powerful cursed speech method.

He studies at Tokyo Jujutsu Secondary school with Maki, Panda, and Yuta. His special trait is the “Snake and Fangs” on his cheeks and tongue so he has to wear a high collar shirt to hide his mouth. He lost one of his arms because of the attack from Sukuna.

He is not a talkative boy. He’s a bit scary when people first met him. But deep down he is a caring person. He just doesn’t want to talk much because he’s afraid of cursing someone by accident.

These popular Scorpio characters in anime are all magnificent and admirable. Whenever you look back to them, you can still love them and their amazing characteristics. Which of these people is your favorite? Let us know.