Many anime fans may be curious about whether their popular anime characters have personalities matching with their astrological signs. Look no further. In this article, we will analyze the top 10 Sagittarius anime characters and their temperament. 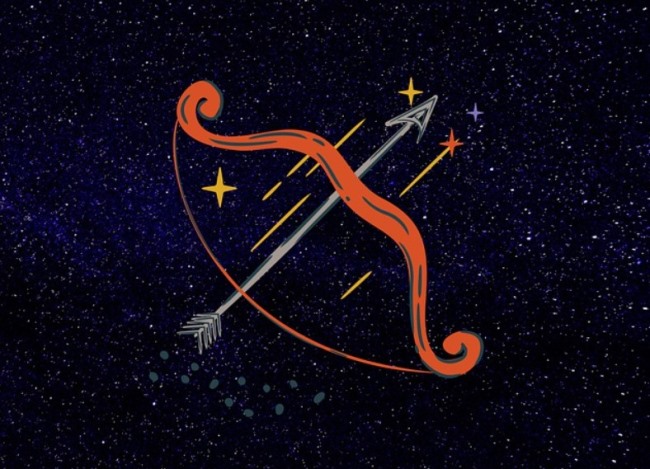 Between November 22nd and December 20th, the sun passes through the Sagittarius constellation. Those who were born within that period are called Sagittarians.

They are independent, open-hearted, and not hesitant to venture off the usual path or pursue their dreams despite what others say. They enjoy trying new things and exploring new places. They are genuine and generous individuals who are often lively and enthusiastic.

Sagittarians try to improve the lives of those around them, yet they can be rash and quickly make promises that they can’t follow at times.

Ran is a member of the Kura Pirates. This Sagittarius character is a petite woman with straight dark hair parted to the side and a piercing on each of her ears.

Ran is a wise female who recognizes Luffy’s brute force victory over Bacura. She ran appears to be among her pirate crew’s more learned and influential members. 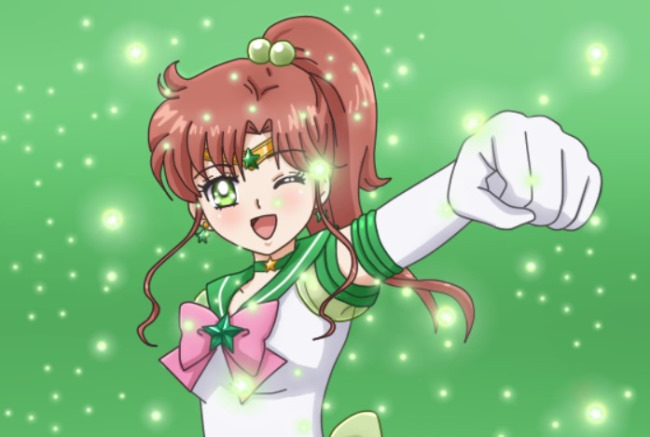 She is a teen girl with a fair complexion and a thin figure. Nonetheless, she is marginally more muscular than most of the Sailor Senshi peers. She has large green eyes and beautiful brown wavy hair that she wears up most of the time.

Makoto is a sensible and grounded individual. He has a steady, compassionate, helpful, and direct demeanor. In terms of personality weaknesses, she has a proclivity for acting rashly and rushing into danger while others are hesitant, which is a typical trait of a Sagittarian. As a result, she had taken some quite harsh measures.

In AOT, Rico Brzenska is Squad Rico’s leader. She is a petite woman with a strong but not overbearing build. Her hair is dark blonde with a length that is the same level as her cheeks, and her eyes are brown, framed with glasses.

Her personality is a bit of a mishmash. At first look, she appears to be uncaring, as she was receptive to the notion of murdering Armin Arlert, Eren Yeager, and Mikasa Ackerman after it’s found that Eren possesses Titantic power.

Since Titans killed off her comrades, Rico’s calm composure began to fade. Nevertheless, she still mostly keeps a calm, leadership role, and heroically slices a Titan’s eye when the huge monster gets in the way of Eren’s hauling the boulder. 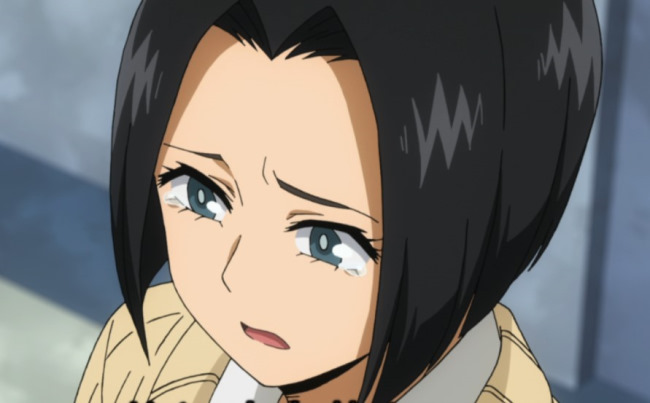 In the MHA anime series, Komari Ikoma works at Masegaki Elementary School as a teacher. The young woman has straight dark hair that falls on her shoulders. Because of her easily-distressed demeanor, she has huge, navy blue eyes that are frequently observed weeping up.

Her personality is mostly unknown, except that she is frequently shown in distress due to the students’ behavior and she is continuously seen fighting to control them.

Komari felt inspired to keep moving forward after she witnessed her students acting differently during the course of Provisional Hero License. 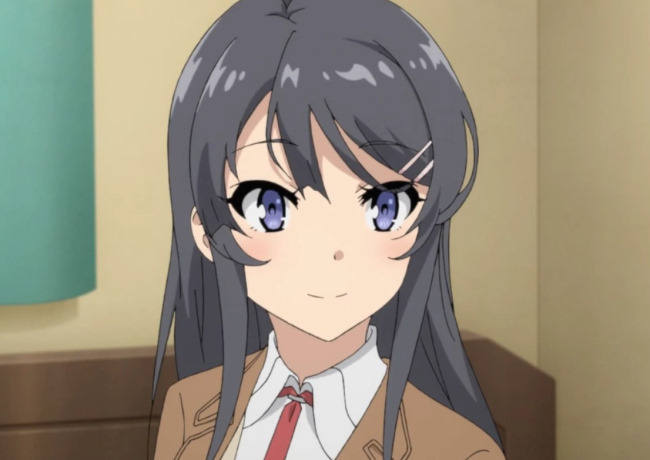 Mai Sakurajima is a well-known actress and model as well as a senior at Minegahara High. The main character has long black hair, blueish-purple eyes, and a thin, well-defined figure, all of which make her stand out

Mai takes her responsibilities very seriously, specifically around Sakuta Azusagawa. When the latter does or says anything vulgar, she may get irritated, even snappy or aggressive.

Instead of confronting difficult emotions, Mai prefers to push them down and ignore them. She is really sensitive, courteous, sensible, and helpful. 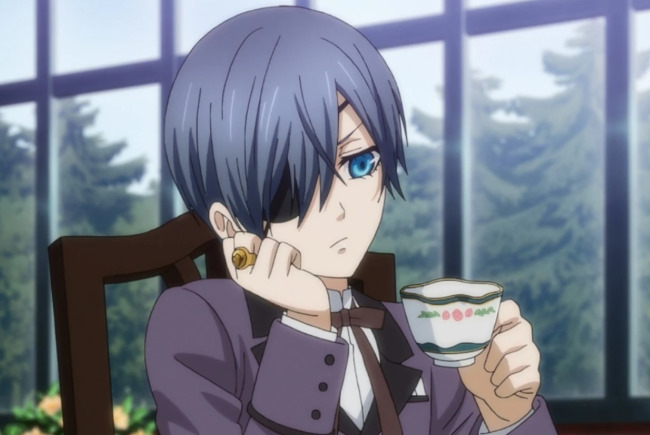 Another December Sagittarius on our list is Ciel Phantomhive, who is the current Phantomhive family’s head.

He owns Funtom Corporation and has the membership of Aristocrat of Evil, as well as plays the role of the Queen’s Watchdog.

His eyes have the color of peacock blue, while his hair is a dark blue-black shade that is also grayish. Ciel’s limbs, shoulders, and waist are all skinny.

His clothes are appropriate for a nobleman, and he wons a large collection of clothing. He puts on a gauze-made black eye patch over his right eye most of the time.

Ciel is a proud, shrewd young man. He is also a chess genius and uses that talent to help him get through difficult situations.

Ciel is an excellent leader, who sparks unwavering loyalty from his servants. In general, he is reticent since he rarely reveals his feelings, much less his love. However, his worry for the welfare of loved ones is genuine. 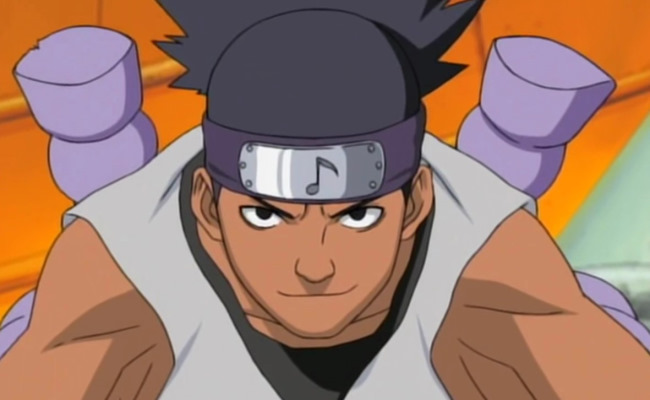 Kidomaru is an Otogakura’s shinobi and a Sound Four’s member. As a combat enthusiast, Kodomaru found combat to be a wonderful source of enjoyment and he found weaker opponents to be tedious and uninteresting.

He exhibits the same level of arrogance toward his adversaries as the Sound Four’s other members.

A sadistic aspect to Kidomaru is evident, as he enjoys messing around with his opponents and laughing as he gets more vicious in his blows.

Akaashi is normally calm and cool as the vice-captain of the volleyball team, however, he is also known for being frank and calling others out because of their stupid behavior.

Akaashi is also highly analytical, which is useful during volleyball games, albeit he does have a tendency to overthink things.

Even though he is not as active and bright as the conventional Sagittarius, he is a natural-born leader, as indicated by his position as the team vice-captain. He is a straight shooter, which is certainly a Sagittarius quality! 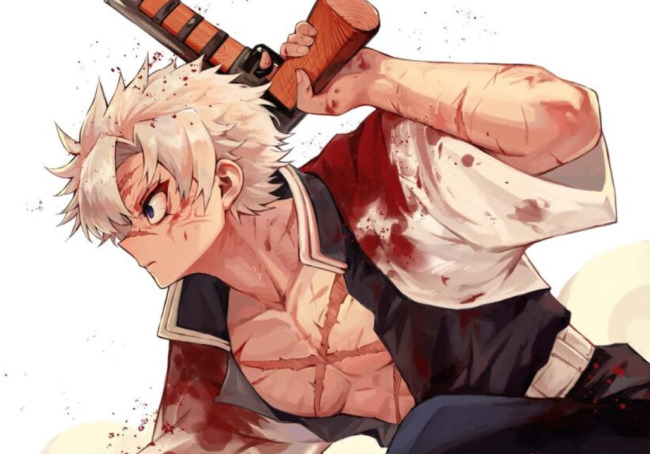 Sanemi Shinazugawa is a key supporting character in the Demon Slayer series. He is not only a Demon Slayer but also the present Wind Hashira.

Being tall and strong, Sanemi has white hair that is spiky and long, as well as enormous light purple eyes. The scars on both his face and torso are the result of years of battling demons.

Stubborn, aggressive, outgoing, and quick to strike out are some of Sanemi’s personalities. When it comes to other people, he can be cold and uncaring. 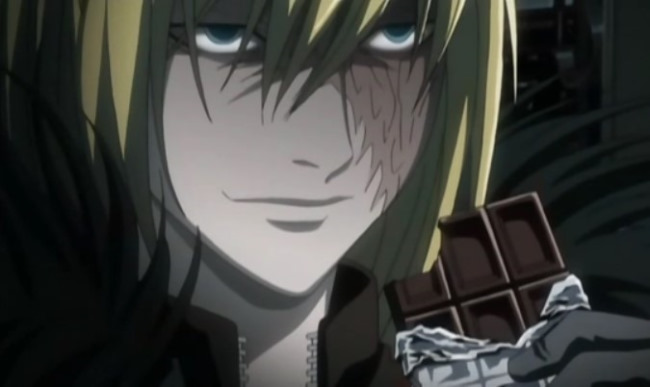 Another Sagittarius as an anime character is Mello – L’s older successor in the Death Note series.

Because of his perceived differences between Near and himself, Mello rejected when Roger asked him and Near to help catch Kira together. He quickly left the Watari’s orphanage after that and sought the Mafia for help.

The fact that Mello is only 2nd in intelligence to Near at the orphanage feeds the former’s sense of self-doubt, despite the fact that he is unquestionably brilliant. Obsessed with immorality, Mello is fixated on eliminating Kira and he is willing to do anything to achieve it.

Like L, Mello also has a sweet tooth and eats chocolate bars exclusively. Additionally, when he is sitting, Mello has a propensity of bending the right leg up and stretching the left one outwards.

We hope that our list of anime characters that are Sagittarius has brought you some entertainment. Are you a Sagittarian yourself? Which of the anime characters do you resemble the most? Don’t forget to leave a comment below to let us know your opinion!