How old is Cynthia from Pokemon? You probably have many more questions about the mysterious and charming champion of Sinnoh Region, the only female champion ever, and we will be delighted to deliver everything to you.

How Old Is Cynthia From The Pokemon Series?

It was quite obvious that Cynthia is not a teenager. She looks like a young lady in her twenties at least, clad in sleek black clothes. Later on, it has been revealed that she is 33 years old in the timeline of Pokemon.

Cynthia’s age is disclosed, but the majority of her past remained a mystery, though we can assume she spent so much time training and bonding with Pokemon, or else she couldn’t have become a champion. 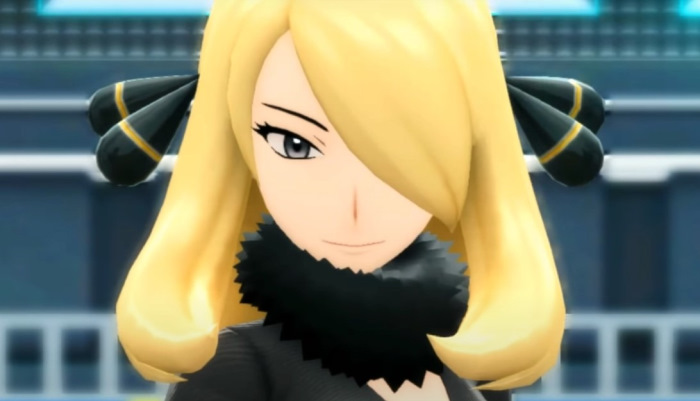 How Tall Is Cynthia?

Throughout the series, Cynthia appears taller than most characters, and the impression is true! She stands at an outstanding height of 5 feet and 11 inches, but she always wears high heels, which add at least 2 inches to her height.

How Many Pokemon Does Cynthia Have?

Furthermore, it’s evident that Cynthia has a soft side despite being a strict trainer. She values the bond between trainers like her and their Pokemon.

Her team doesn’t really change whenever she joins a battle. The three main Pokemons for her team are Garchomp, Lucario, and Spiritomb; the roster will be completed with Togekiss, Roserade, and Milotic. 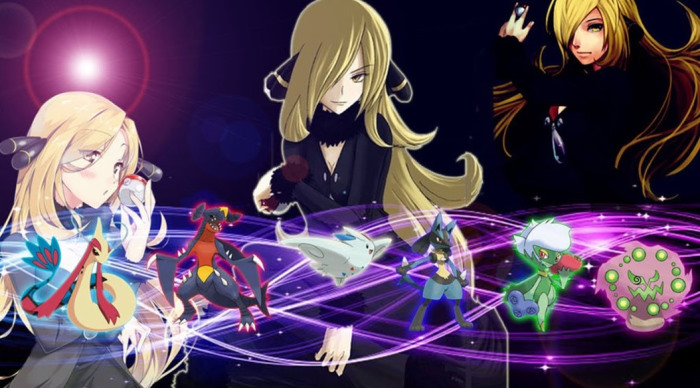 What Pokemon Does Cynthia Start With?

Cynthia’s first pokemon in a battle is always Spiritomb, and it will annoy the opponent to no end. Spiritomb is not squishy and fragile at all, and this cutie owns a skill set that will render you speechless.

What Pokemon Game Is Cynthia In?

Ever since her debut, Cynthia has appeared in a total of 11 games. Every time she shows up as a boss, she promises an extreme challenge to conquer with powerful Pokemons, expertized skills, and strategic insights. 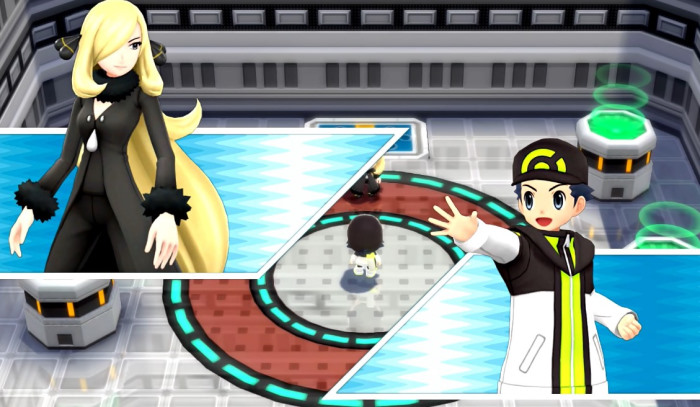 Who Is Cynthia Married To?

Beautiful and powerful, Cynthia is still not yet committed to any relationship, but she has Palmer as a possible love interest. They were very close during her childhood but after losing to the 3rd member of the Elite Four, Palmer left for a deserted island and tried to make himself stronger.

An interesting hint is Palmer and Cynthia share the same battle music in Pokemon Diamond & Pearl as well as Brilliant Diamond & Shining Pearl.

Are Cynthia And Volo Related?

There are many hints that Volo is the ancestor of the Sinnoh champion, Cynthia.

In Pokemon Legends: Arceus, when the player encounters Volo, the antagonist calls himself by the same title Cynthia uses for herself: The Researcher of Myths”. They also have the same passion for traveling, which results in them showing up at convenient times during the main player’s journey.

The theories become more reliable and possible than ever when we finally get to observe Volo’s team. The man uses the exactly same Pokemons that Cynthia includes in her team in all modern games, even the overpowered Garchomp and the initiator Spiritomb.

Furthermore, Volo and Cynthia also have the same combat music. When we combine all the hints, an ancestral relationship between them is very likely.

Aside from Volo, Mistress Cogita appeared to have similar physical traits to Cynthia, but she and Volo don’t seem to have any connection.

Is Cynthia Stronger Than Leon?

Many Pokemon fans are curious about the power rank for trainers, especially when it comes to someone as strong as Cynthia. In the anime, she is still holding the record of never losing a battle.

The Elite Four of Sinnoh (specifically Flint, Lucian, and Aaron) have been defeated by Cynthia, and they are remarkably strong. Iris from Unovan is also another conquered opponent for her. Unfortunately, she has never gone against Leon, the Galarian champion, hence whoever is stronger is up to fans’ prediction. 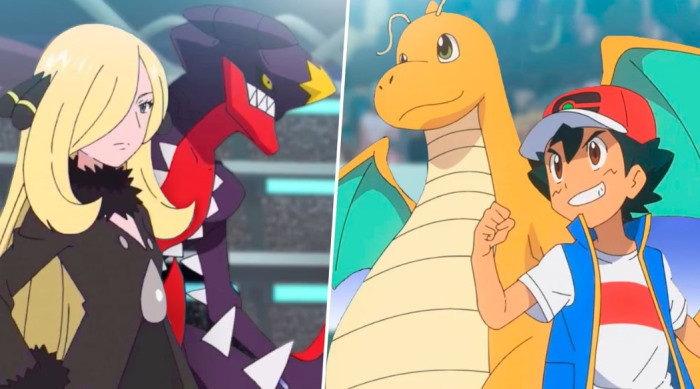 Again, Ash has never faced Cynthia in a battle, but unlike Leon, the outcome of this match is easy to predict.

Let’s not forget that Ash has only ever won in a league, so he is only stronger than the other participants in his league. Meanwhile, Cynthia is the champion of the whole Sinnoh region, which means regardless of the league, no one in the region has ever beat her.

In Pokemon Journeys, Ash is making his way to the Eight Masters, and we might jump to conclusions that he is ready to rise above Leon. However, logically speaking, Cynthia seems to have more chance to claim the throne.

In the latest updates, Cynthia is still referred to as the champion of Sinnoh, therefore Tobias might have been unable to win against her.

Moreover, we have yet to know all the Pokemons Tobias has in his hand. His Latios and Darkrai don’t look capable of eliminating Cynthia’s famous lineup.

Not only did you know how old Cynthia from Pokemon is, but you also have a handful of information about her now! As amazing as she is, this much information is probably still not enough, so let’s stay tuned for future revelations!