Anime romance fans, rejoice! You’ve found the perfect resources for your craving. The 10 best rom com anime in this article are sure to bring you to tears and laughter in equal measure. Adventure and thriller anime tend to be more popular, but numerous romantic comedy anime are deserving your attention too. 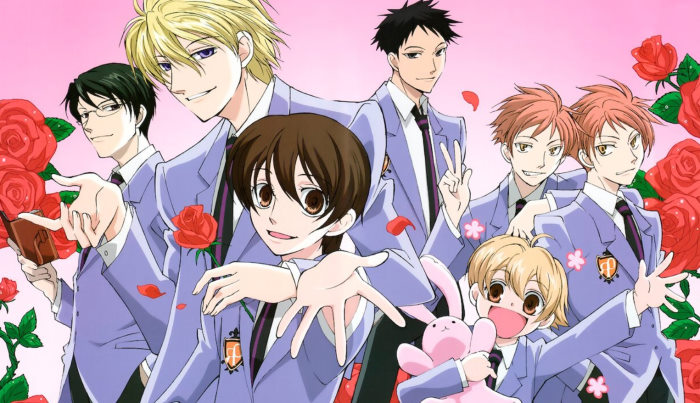 Haruhi Fujioka is a unique scholarship applicant at Ouran Academy, which is a prestigious institution for pupils with illustrious ancestry since she has neither rank nor title.

When she entered Music Room #3, she was hoping to find a peaceful spot to study. Instead, she found the Host Club which is a group headed by Tamaki Suou. It’s a place in which gorgeous lads with too much free time entertain their female schoolmates.

Haruhi accidentally breaks an 8-million-yen vase in a desperate attempt to flee from the club members, which now makes her obliged to take on the role of an errand boy to settle her large debt.

However, she is quickly elevated to a full-time host due to her genuinely masculine look, her naturally good temperament to females, and her intriguing commoner status.

Haruhi is soon swept up in a flashy frenzy of extravagant cosplays, lavish cuisine, and exciting hijinks that only the enormously wealthy Host Club members could pull off. 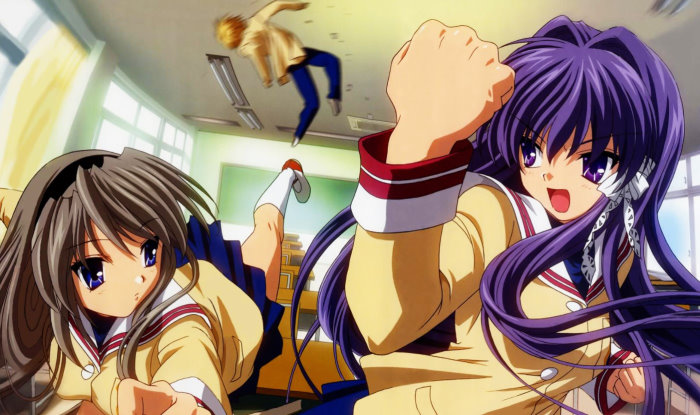 If you are looking for a rom-com anime with good ending, you should take Clannad into consideration.

Delinquent Tomoya Okazaki despises life and is convinced that he will never achieve anything. He and his buddy Youhei Sunohara aim to waste their high school years by skipping classes.

Tomoya happens to go past a young girl who is quietly saying something to herself on her way to school. When she suddenly screams “Anpan”, which is a popular dish in Japan, Tomoya is drawn to hear what she has to say.

He learns that she’s named Nagisa Furukawa and she is self-motivated by exclaiming the things that she enjoys to keep herself going. Even though Nagisa claims that Tomoya and she are now pals, Tomoya walks away as if nothing ever happened.

Nagisa is becoming more noticeable to Tomoya as he goes about his daily routine at school. He eventually gives up and becomes her friend. It’s revealed to Tomoya that Nagisa has been unable to participate in the school’s theatrical club for a year because of a serious illness.

Later, he and 4 other girls decide to assist Nagisa in achieving her goal. 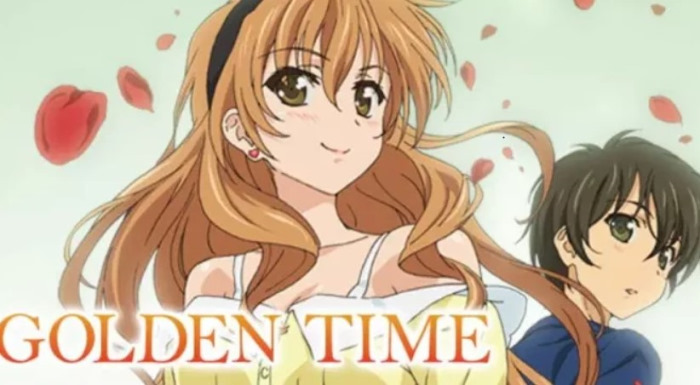 When Banri Tada is afflicted by amnesia after a horrible event, he loses all memory of his village and his past. Nevertheless, after making friends with Mitsuo Yanagisawa, he moves on and establishes a new life at Tokyo’s law school.

When Kouko Kaga unexpectedly enters Banri’s life, it signals the start of an extraordinary year for Banri and Kouko as they grow closer. In college, Banri realizes that he has entered a new world, in which he can be born again, make new pals, find love, make errors, and grow while learning about himself and others.

When he discovers the person he was, the chosen path that led him to this point takes him to an exhilarating life he won’t ever forget. 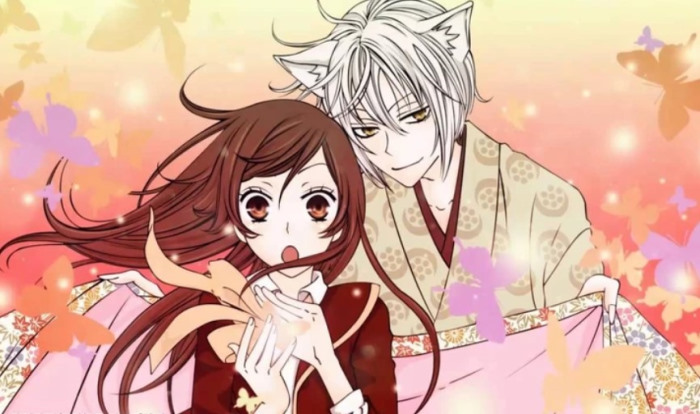 In this supernatural rom com, Nanami Momozono, a female high school student, has recently encountered a slew of difficulties. Her absent dad is deeply in debt, and the family loses everything. After helping a man from being bullied, Nanami gets offered to stay in his house as a token of appreciation.

When she realizes her new place is a shrine, she tries to escape but is caught by 2 shrine spirits & Tomoe, which is familiar looking like a fox because they mistake Nanami for Mikage, the man she has rescued, and also the land deity of this shrine. After Mikage’s disappearance, Tomoe leaves quickly since he refuses to serve Nanami, a human.

Instead of fleeing, Nanami decides to stay at the shrine and takes up the divine responsibilities. However, to ensure that things run smoothly, she needs the assistance of the fox.

In her attempt to seek Tomoe, she faces many challenges, and eventually, they are under a mutual contract. Now, as new partners in godhood, they have to surmount any emerging obstacles. 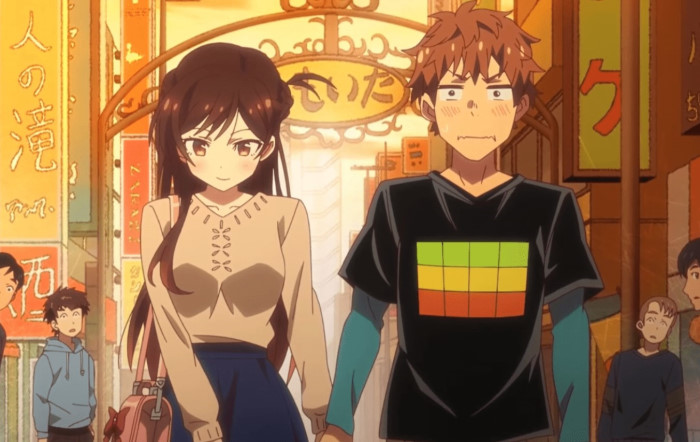 Rent A Girlfriend is definitely one of the best rom-com series ever. Kazuya Kinoshita’s girlfriend breaks up with him after just one month of being together. The young man decides to rent Chizuru Mizuhara as his new girlfriend through a cyber dating application.

Nevertheless, he rates her negatively since he perceives that she was pretentious. When Chizuru berates him for this action, he realizes that the fake girlfriend he hire is nastier than he thought.

However, when his grandma is hospitalized after collapsing, Chizuru comes with Kazuya to the hospital, and his grandma adores his fake girlfriend. So, she continues to be hired for him to trick his family and friends.

However, things get troublesome since the pair realize that they’re neighbors who study at the same university. Later on, other girls who work in Chizuru’s company join in on the fun. 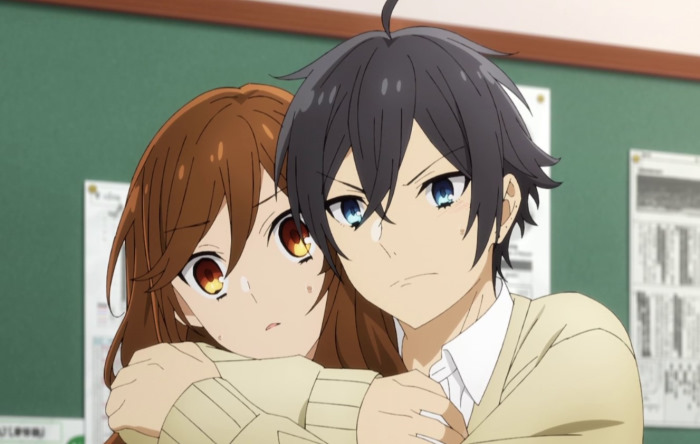 That Izumi Miyamura and Kyouko Hori being compatible would be an unimaginable idea.

Hori has the perfect mix of beauty and intelligence, whereas Miyamura is meek and distant his classmates. Nonetheless, a chance meeting reveals their hidden aspects.

Even though Hori is a popular girl at school, due to her chores, she doesn’t have time to spend time with her friends. By contrast, Miyamura hangs out with his pals and his body has tattoos and piercings, which makes him look like a delinquent.

Even though they seem to have nothing in common, Miyama and Hori quickly become friends and they get together in the latter’s home. When opening up themselves, they share their hidden side with the other. 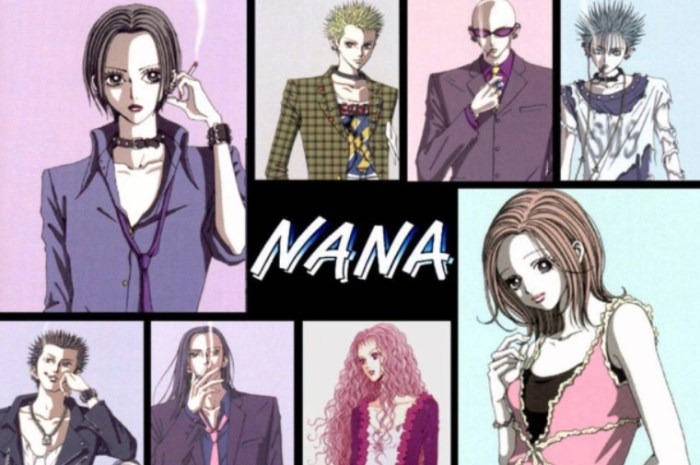 Nana Komatsu is a vulnerable and naive girl, who quickly falls in love and becomes reliant and attached to people around her. Despite her lofty ambitions of escaping her provincial roots and discovering her true purpose, she comes to Tokyo for the simple reason of pursuing her present boyfriend, Shouji Endo.

By contrast, Nana Osaki is a self-assured, intriguing punk rock vocalist who is also from a rural upbringing and aspires to be a pro singer. The two females sharing the same name are thrown together by a fateful encounter on their route to Tokyo, triggering other events that eventually lead to them being housemates.

As their friendship grows stronger, they try to give each other support. However, their tightly interwoven lives including romance, drama, hardships, music, and heartbreaks will eventually test their indestructible bond. 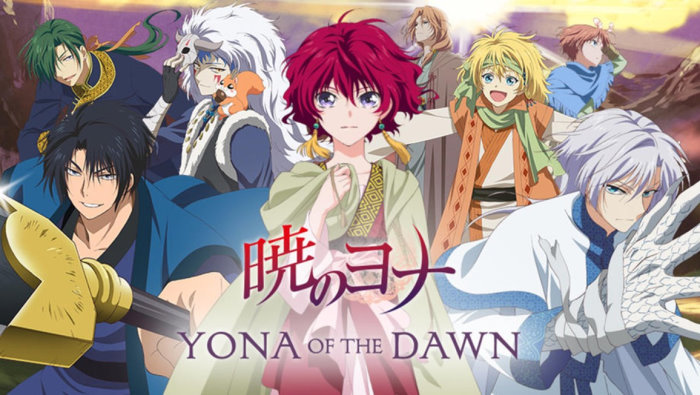 Categorized as a fantasy and rom-com action anime, Yona of the Dawn follows Princess Yona, who enjoys her life luxury and leisure, entirely insulated from outside difficulties in the Kingdom of Kouka.

However, the unexpected assassination of her dad and betrayal of Su-won, her cousin put her life in grave danger. Forced to flee with Son Hak. The naive princess quickly realizes that Kouka isn’t the ideal location she imagined it to be. Yona must uncover a method to restore Kouka while being chased relentlessly by the armies of Kouka’s new king. 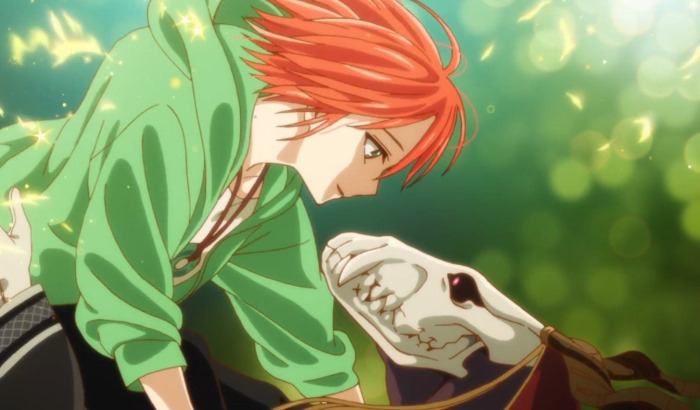 In this magic rom-com anime with good animation, Chise Hatori, a young Japanese girl, was auctioned off for 5 mil pounds to a masked male. She was willing to be bought anyone to have a place called home after being abandoned at an early age. While chained, she went to an undetermined fate.

On the other hand, the strange buyer ignored the murmuring and brought the young lady to a study. Then, he revealed himself as Elias Ainsworth, who is a magus.

Chise is narrative as the apprentice and assumed ancient magus’s spouse begins with her arrival when she is greeted by fairies and encircled by strange and lovely creatures.

10. The World God Only Knows 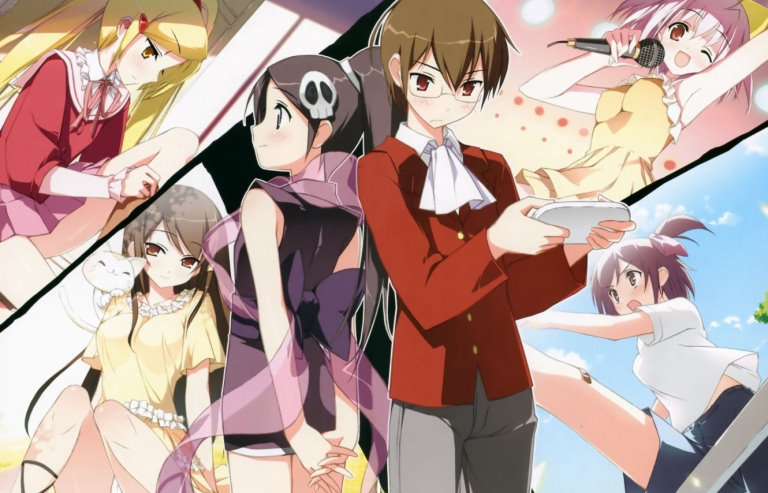 In this funny rom-com anime, Keima Katsuragi is a spirit hunter, which adds a bizarre aspect to an otherwise normal harem anime. The World God Only Knows started when he was duped into taking the job by a seductively cute demon girl. His most effective method of capturing spirits also happens to be capturing the girls’ hearts.

It would have been a simple job if Keima preferred dating simulations and 2D girls to actual ones. He considers himself the God of Conquest who can win the hearts of any lady but only in dating simulators. As a result, his simulation talents will be tested in reality, and he must seduce in order to reclaim his freedom.

Our top 10 recommendations were so hard to narrow down since there are lots of amazing titles out there. We hope that our suggested best rom-com anime movies can become your new favorite shows. If you want to add other series to our list, please let us know in the comment section and we may include them in another article.