The fanservice element plays a major role in the anime industry after getting overwhelmed support from viewers. Fanservice anime always centers on beautiful characters with sensual and pleasure-inducing moments just to satisfy its fan. We’ve sorted out countless shows to organize this list – top 10 best fan service anime for you.

What Is Fan Service Anime?

Fanservice roughly means to fulfill fans’ desires or grant them a wish. Also, this type of anime refers to scenes animated to please the viewers. It includes nudity that connects to some cleavage or panty shots. Please note that fanservice anime is not listed in the ecchi genre.

Despite not showing many well-developed story plots,  this theme is potential enough to lure fans into its magical world. You should enjoy these shows on Netflix privately because they are not safe for publicity. 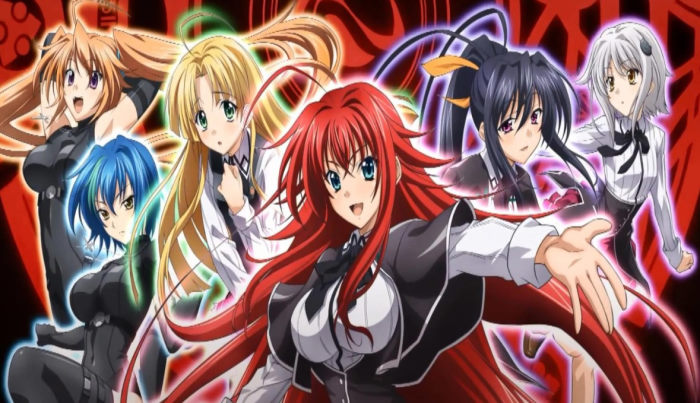 A high schooler aka a pervert Issei Hyoudou doesn’t focus on studying but keeps his eyes on pretty ladies and daydreams about his harem. Things turn out to be a great fortune for him when being asked out on a date by a beautiful girl.

Sadly, his ideal girlfriend is a fallen angel who wants to devour his life. However, Issei is blessedly reborn after an encounter with a devil aka his senior Rias Gremory.

Issei learns to adapt to his new life quickly and receives training to survive in a world full of devils and angels.

This anime is a combination of comedy and romance. Be aware of some topless women for some segments. Still, some comedic sexy senses showing how Issei gets his power surely make you laugh so hard. 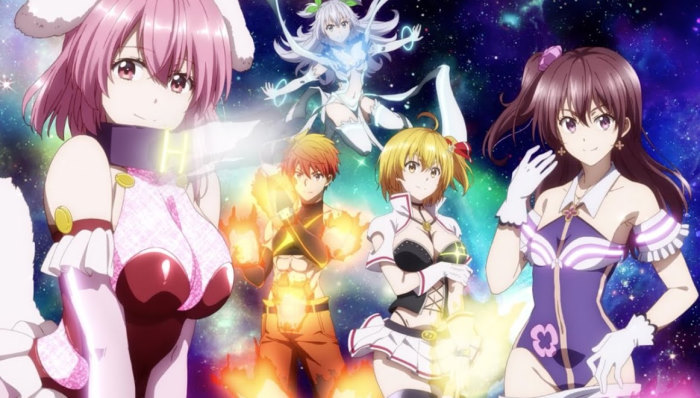 The main character Retto Enjou decides to take part in HxEros pilot groups to finish off these aliens and bring back peace. The key to success is to maintain the amount of libido at the max level.

But, Retto lives in a place full of lustful girls trying to flirt with him at any time, so we don’t need to worry about the shortage. 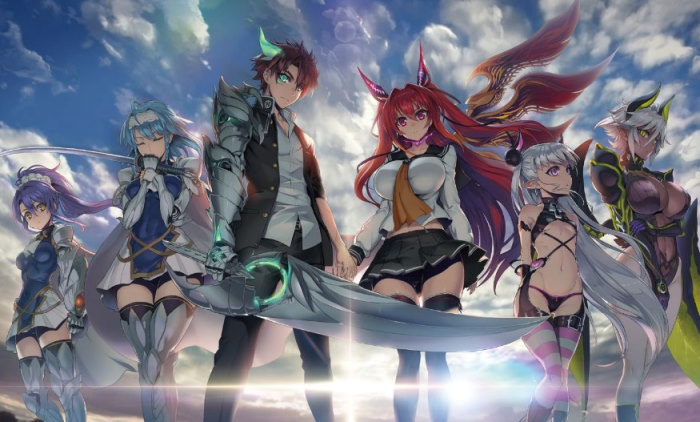 What if your father brings back home two beautiful step-sisters one day? Well, Basara Toujou doesn’t have a clue about getting new sisters out of the blue so he chooses to accept this sudden change.

As soon as Basara learns about their true identity, Mio – a daughter of a former demon, Maria – her succubus servant, his siblings know him as a former member of the Heroes clan.

They come up with a master-servant contract to live in peace. Also, he even needs to sacrifice his life to protect his new family from the observation of his clan, and the threat of demons.

What will happen when Basara lives in a house with two lustful girls? Will he allow their sexual pleasure or calm them down in some ways?

A quick reminder that the series is full of censored scenes. Still, it offers enough fanservice moments to satisfy viewers. 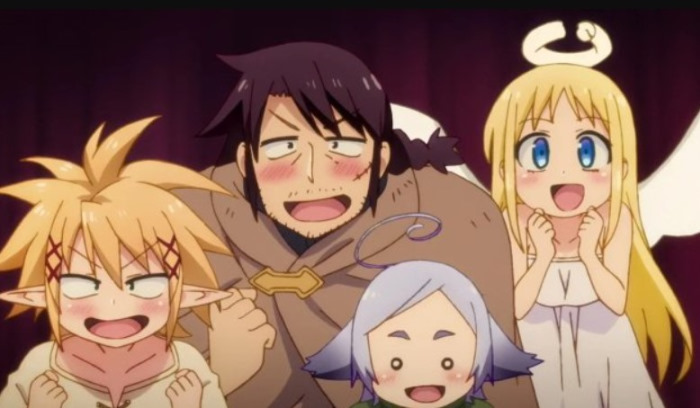 There exists a world where there are countless races, from pretty fairies to sticky slimes. It’s such torture when being asked to choose which succubus -girl for your own.

You can leave the pervert assessment process to brave warriors and wait for the results. These men are on a quest to find the best brothels by assessing the offer from superwomen.

If you look for the wildest fanservice anime, you’ve come to the right place. Throughout the series, you’ll find these men visit many brothels for reviewing.

The most interesting part is how they describe the women, both pros and cons. Also, the sex scenes are very detailed and uncensored. 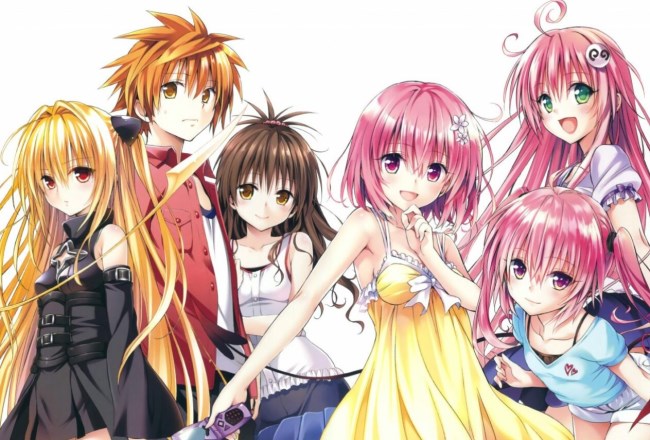 A shy boy named Rito Yuuki is on the way to confess his love to his crush Haruna Sairenji, however, the encounter with a stark-naked girl changes his life after that.

He soon discovers that the mysterious girl,  Lala Satalin Deviluke who runs away from her planet is an alien princess. Lala is willing to marry a poor Rito rather than tieing the know to a political marriage.

Thanks to Lala, Rito’s life becomes chaotic. She even tries to prevent him from getting more attached to his crush.

This series portrays a predictable plot, so you’ll see pervy jokes, accidents, and misunderstandings that are similar to daily life activities. 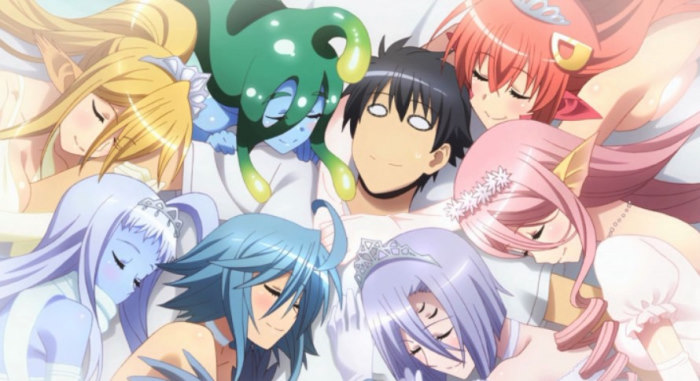 After Japan government promotes the integration of non-human species into real life, the peaceful normal life of Kimihito Kurusu is long gone. His house is now full of beautiful sexy girls.

The more interactions they have, the more attached they get. But Interspecies Exchange Act doesn’t allow them to interfere with any sexual interactions.

Kimihito has to endure his torture as many lustful women come and seek his affections.

The storyline is quite simple but it builds up the characters very well. Kimihito looks like an all-rounder for some reason. He lives in a house full of ladies trying to seduce him but this boy acts mature and keeps up with them pretty well.

Also, fanservice scenes are set up-oriented which never fail to make you smile while watching it. 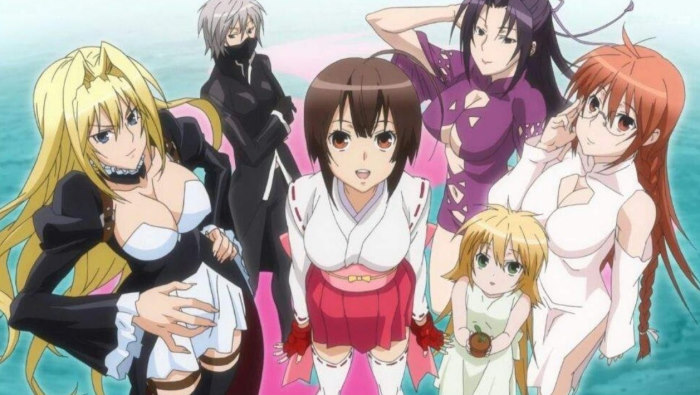 After failing the entrance exam for the second, people see Minato Sahashi as a worthless loser. As Minato thinks of letting his life pass day by day lifelessly, a beautiful humanoid extraterrestrial named Musubi comes to his life.

Musubi is a Sekirei with powerful abilities. Their kisses can awaken the inner power inside humans. And she does that to Minato to ignite their bond and his ability.

However, this drags him and Musubi into a survival battle called Sekirei Plan.

8. High School of the Dead 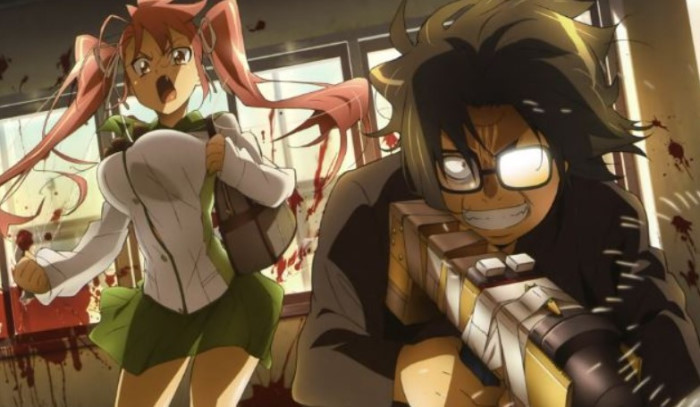 As deadly chaos breaks out, monsters begin to terrorize the whole of Japan. After being bitten, Takashi Kimuro has to kill his best friends and join the walking dead force. Also, he vows to protect one girl named Rei Miyamoto.

Soon, Takashi and Rei with other students discover the cause of this apocalypse. Will these little individuals be able to defeat this undead army?

A perverted schoolboy named Takeru Ohyama enrolls in a coed shcool without taking an entrance exam.

His dreams of wonderful school life are all in vain as soon as he figures out his schoolmates possess a Maken to summon their power.

Takeru has to find his own Maken to fit in his new school and handle embarrassing moments with girls.

This series has a good plot and stereotypical harem characters. Just a small problem is that it has too much censorship. Still, it’s a promising fanservice anime. 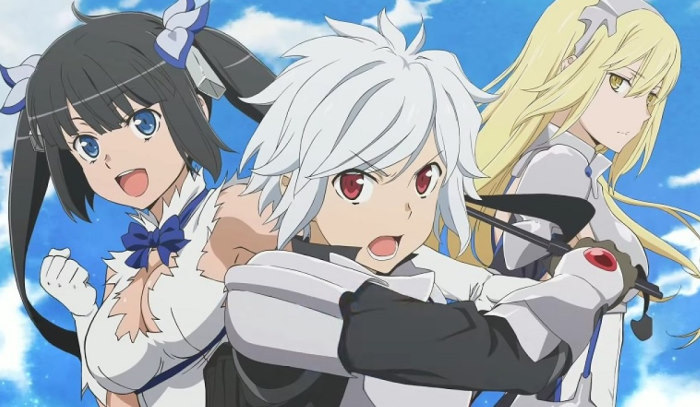 A naive young adventurer Bell Cranel runs into a goddess named Hestia. Then, he sets out to Dungeon which is surrounded by death and danger.

He gets love-struck with a Sword Princess Aiz Wallenstein. With the support of Hestia, he slowly approaches his dream girl.

This show is a fan service action anime. As the setting is in a dangerous place full of monsters, you’ll see many battle scenes. Also, the plot is fairly straightforward so if you want fan service moments, the series shows you right away.

That’s our top 10 best fan service anime. If you hook up to attractive scenes for entertaining, chill out and get real sexy with our list.