How do you define the concept of dark anime? Bloody scenes with monsters and zombies? Dark anime even contains a violent and traumatic psychological theme that is beyond your wildest dreams.

Well, let’s go through a list of top 10 best dark anime to watch. Be ready to feel the goosebumps on your skin. 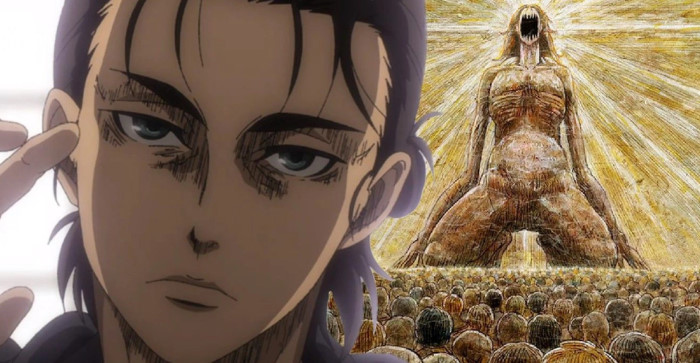 The Attack On Titan universe centers humanitarian crisis period when gigantic titans invade human territory. They have nowhere to shelter except being surrounded by enormous walls to protect their lives.

You’ll find the hidden message portraying the vulnerability of human life and the constant threat throughout the series. Many dark scenes that show how a gigantic titan devours the human body may give a chill running up and down your spine. 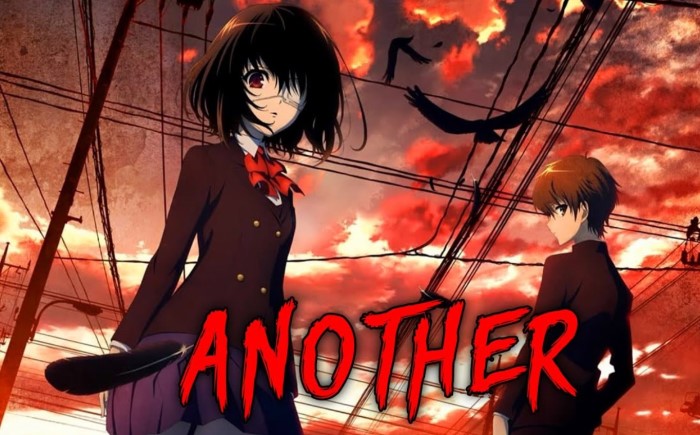 26 years ago, there lived a girl named Misaki who is pretty and smart. She suddenly passed away for no reason. Yet, everyone there acts as if this Misaki is still alive after that tragedy.

Later, there’s a boy named Kouichi Sakakibara who transfers right into Misaki’s class. At the same time, he encounters Mei Misaki – a reserved girl with an eyepatch. Suspiciously, none of his classmates know the existence of Mei, and they warn him not to get close to her.

But, Kouichi goes against their words and befriends Mei. Also, he soon finds out the sinister truth that is been buried down.

Another is described as a horror anime with much of a mysterious thriller. The climax of the series is when there’s death after death among grade 9-3 members or even their families. It can be a suicide crime or by accident.

Soon, everything will be revealed at the end of the series. Can you guess the reason why Mei wears an eyepatch? And is she a human or just a wandering soul? 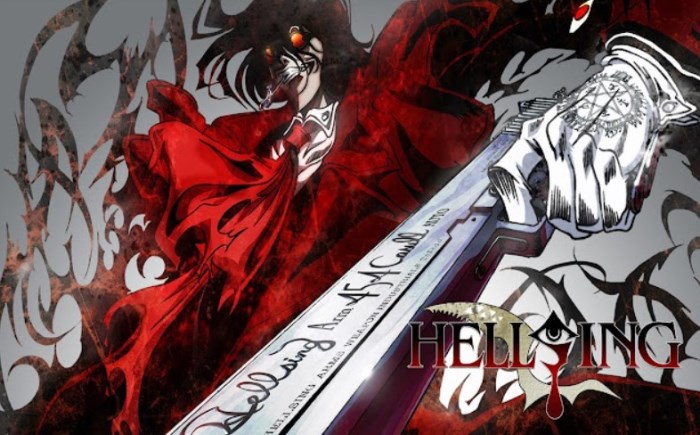 A supernatural entity is a perfect source for dark fantasy anime. This time, we’ll talk about horror series with the aura of vampires.

People are now living in a world full of evil monsters spreading nightmares. There exists an organization named Hellsing that aims to finish off these supernatural forces and bring back peace, which is under the control of Integra Fairbrook Wingates Hellsing.

Also, the vampire Alucard who works as an exterminator is on the side of Hellsing. Together, they combat not only demons but also those who go against his organization.

The badass hero Alucard is so powerful that no one can beat him. That makes you feel like rooting for the villains sometimes. Still, this series contains not only vampires, action, and blood but also violence and swearing. Just so enough to scare the hell of yourself out. 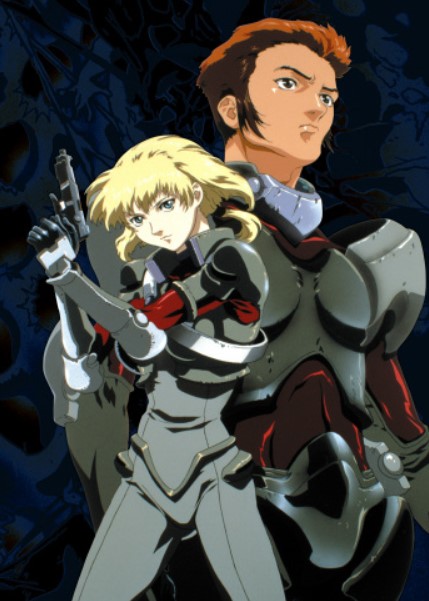 Blue Gender takes place in a future world where there’s no space left for mankind’s existence. Humans are listed at the top place of the food chain by Blue, a type of bug-like monster that takes over the Earth and harvests them for food.

Still, there’s a space station, Second Earth built as a safe home for survivors with the hope of retrieving the Earth one more time. The main character, Yuji Kaido who suffers from B-cells wakes up and joins forces to be back to the station. However, their way back is not easy as they plan.

Defeating huge bug-like aliens is an overrated task for humans. The battlefield is chaotic and these monsters are unstoppable. You’ll find it shocking to see soldiers’ body parts being ripped apart. 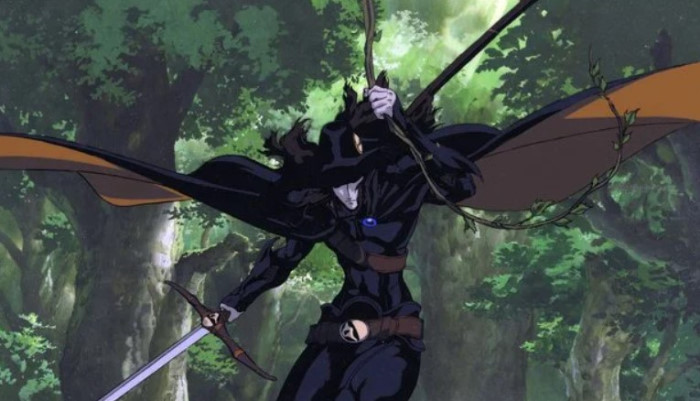 We’re now living 10,000 years in the future when the world has gone through its evolution. People have high-tech weapons to defeat random monsters coming over them on the street.

There exists a hamlet that is ruled by a powerful vampire named Count Magnus Lee. When a young girl is bitten by the Count, she looks for help from a wandering stranger called D.

But, she doesn’t know that D is one of the world’s best vampire hunters. He’s going to put an end to the Count’s rule.

This series is a stereotype showing the battle between vampires and hunters. The art is somehow old-school. Even though it is tagged in the horror genre, you’ll find the ambiance enjoyable. 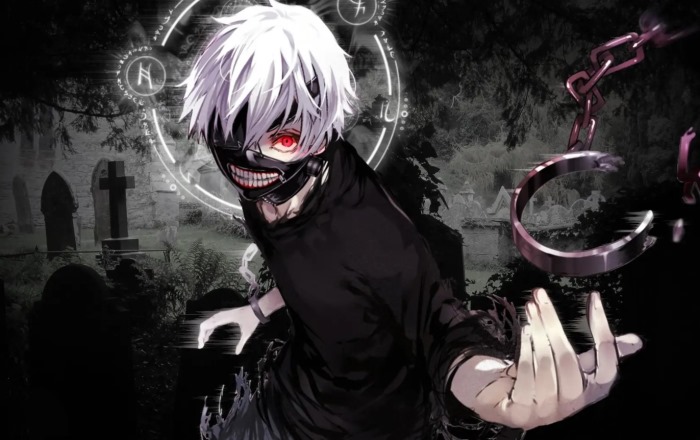 Flesh-eating ghouls under human forms are now living with Tokyo citizens. The sleepyhead Ken Kaneki misses the update about the growing crisis. Then, there’s an attractive woman named Rize Kamishiro getting attached to him and asking him on a date.

After going through a traumatic event, he later wakes up to learn that he has already transformed into a human-ghoul hybrid. This poor boy accepts his new identity and sets out on a dreadful journey between ghouls’ society and the ghouls’ hunters.

Tokyo Ghoul is a good adaptation of a horror story or you can say it is one of the best dark action anime. It depicts a well-developed plot about a boy becoming a hybrid creature out of the blue.

Not only for the main character, but the storyline also focuses on the feelings of other members of the series. A mix of emotions and heartbroken scenes with bloody and action moments. 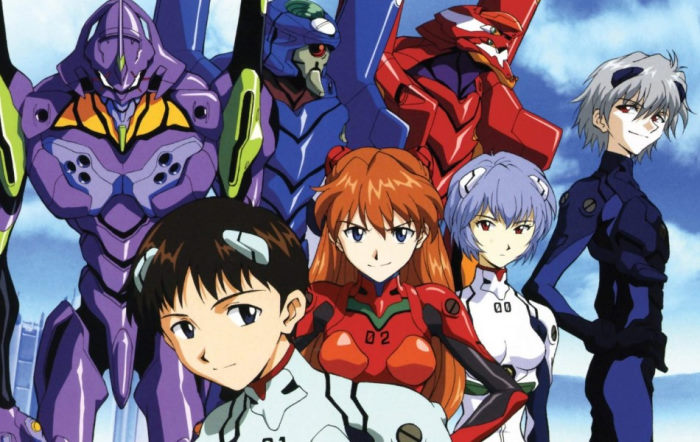 Fifteen years after the Second Impact, humans face a new threat called Angels in the form of the monstrous celestial. Human existence is now in the hand of NERV – an organization led by Gendou Ikari that operates giant humanoid robots to defeat these creatures.

A 14-year-old boy who is abandoned by his father, Shinji Ikari encounters 29-year-old Misato Katsuragi, who is now a high-ranking NERV officer. Who knows that this little child is capable of piloting a new mech.

Another anime covers the theme of a human-alien battlefield. But this time you’ll experience some psychological scenes when it comes to Shinji’s trauma. 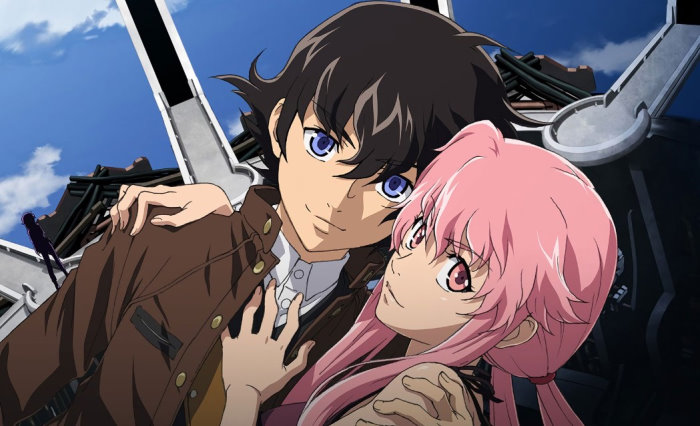 A shy middle schooler named Yukiteru Amano has a hobby of writing his daily activities on a digital diary. He has imaginary friends, who are the god of time and space, Deus Ex Machina, and his servant, Mur Mur.

One day, he slowly realizes that incidents written on his phone occur in real life somehow. He also finds out that his classmate, Yuno Gasai keeps a similar diary.

Later, they have been dragged into a survival game to defeat other contestants and become the winner.

This series doesn’t contain much dark concept except for its survival theme, more of a psychological dark anime. Still, the unpredictable plot twists are on a whole new level.

9. Higurashi: When They Cry 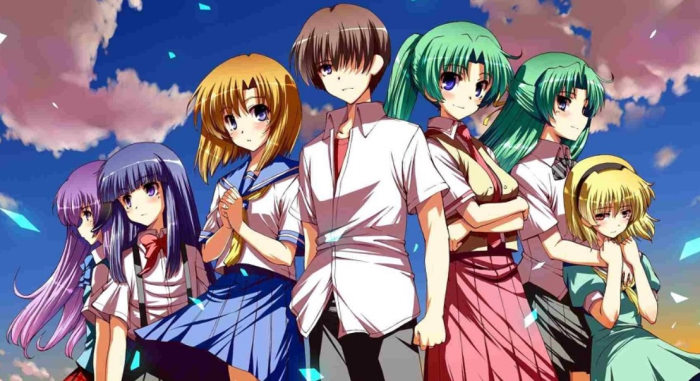 Moving to a new quiet village, the cheerful Keiichi Maebara quickly befriends his schoolmates. When the preparation for its annual festival comes, Keiichi hears about the local legends, which there have been several murders in the village lately.

Somehow these mysterious disappearances show some connections to the upcoming festival and the patron god – Oyashiro.

Keiichi asks schoolmates about these incidents but they remain silent with no response. Unable to hold back his curiosity, he decides to figure out the truth by himself.

This anime’s characters are cute-looking teenagers but don’t judge a book by its cover. It’s a surprisingly dark anime. This series takes the next step in creepy, horror, and mysterious themes. 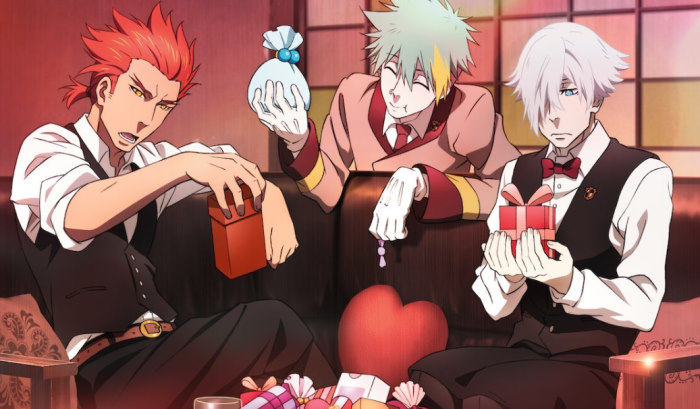 When a person dies in this anime, death brings them to Quindecim to meet the people who pass away at the same time. The main character Decim acts as an arbiter to challenge dead humans to play a life-threatening game. Through this game, we can decide who will reincarnate into a new life and who will be sent to the void.

Unlike other usual psychological dark anime series, Death Parade portrays the emphasis on the concept of death in a format of game style. As this series focuses on dead people, you’ll witness many scenes showing how that person dies in their former life.

There’s a wide variety ranging from revenge, suicide, hatred, isolation, and other mature content. This is a good choice for viewers looking for human morality in the dark concept.

Despite embracing unique pessimism genres, dark anime always captivates its audience perfectly. Also, the demand for mature content is on the rise due to many viewers being adults. Now, don’t hesitate anymore, and let’s dive into the best dark anime movies above.