We’ve seen many anime series featuring superhumans who possess excessive power. It’s relatively rare for viewers to find some shows that have their MC play the role of God.

So today, we will list out the top 12 best anime where the MC is a God among countless anime out there. Without further ado, welcome you to our all-time lineup.

Top 10 Best Anime Where The Mc Is A God 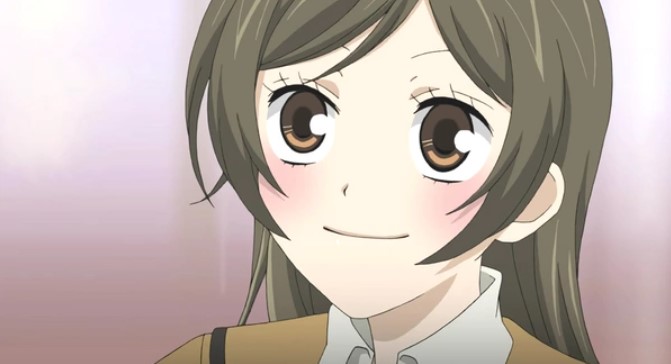 It must be a mental breakdown when you wake up from a peaceful sleep, only to find yourself turning into a God now. That’s what happened to a teenage girl named Nanami Momozono.

Nanami doesn’t have a happy family like other kids. Her father is a gambler who uses up his money and makes his daughter a stray child wandering on the street.

She encounters a man who is chased by a dog and tries to save him. After that, they have a small conversation about her current condition.

Without hesitation, the man offers her shelter to show his gratitude. Once Nanami finds out that it’s actually a shrine, she chooses to run away.

She doesn’t know the man she met is the land god – Mikage. And he chooses her to be his successor, which means she’s a God of Earth now.

While the other two spirits treat her as if she’s their master, the fox guy named Tomoe refuses to serve her since she is human.

This kind girl doesn’t want to leave the shrine. Nanami wants to fulfill her duties as a God. Still, she needs Tomoe’s help and ends up sealing a contract with him accidentally.

They have to get along well with each other to protect the shrine and overcome difficulties that are waiting for them.

The relationship between Nanami and Tomoe is the highlight of the series. They don’t have many interactions at first, but there are romantic moments blooming at the end. 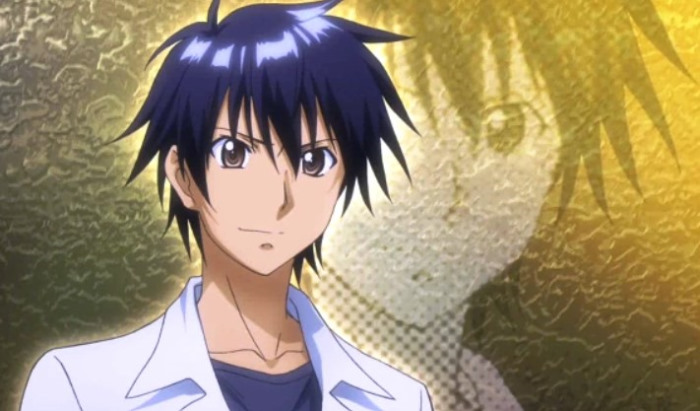 In modern life, there exist many gods who are living on Earth with mankind. Humans are not aware of mythical battles between gods. They only see them as parts of natural disasters.

The story centers on a high schooler named Godou Kusanagi, who is on the way to Italy to accomplish his grandfather’s wish.

To his surprise, Godou is dragged into a battle between two gods. And beyond his imagination, this young boy defeats the mortal god of war.

Then, the god’s power passes to him and now, Godou is no longer human but Campione aka God Slayer. His existence is meant to be the guardian who protects humanity.

But he’s not alone in this long story. There are followers who are willing to aid him. This anime is satisfying because it has not only a male god but also heroines that have good partnerships and pleasant romance. 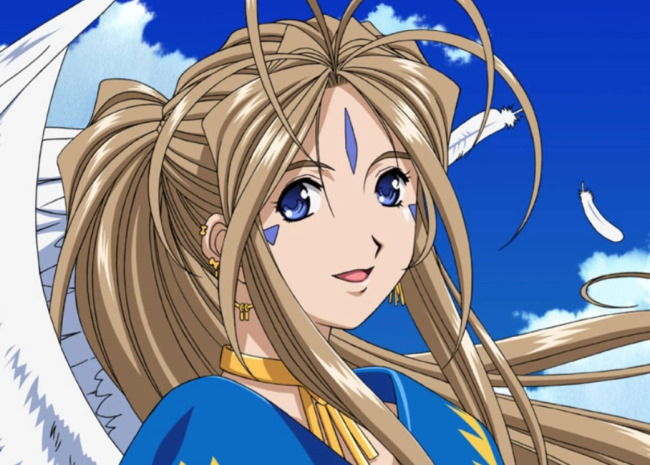 What if one day your joke becomes the truth? Well, that’s what our male lead Keiichi Morisato is experiencing. In the world where he lives, people worship Goddess Help Hotline to be granted a wish in return.

By telling jokes as wishes, he somehow summons Goddess Belldandy and ends up living with the goddess inside his house.

When people find out Keiichi is living with a pretty woman, they force him to move out of the dorm. Having no elsewhere to go, they have to shelter in a temple. Despite being so awkward with each other, first make friends, then make love.

Because Belldandy is Keiichi’s goddess, she has to clear off his mess. What draws you into this anime is her love for him. There are some sweet moments and no kisses. Yet, they still give butterflies to your stomach. 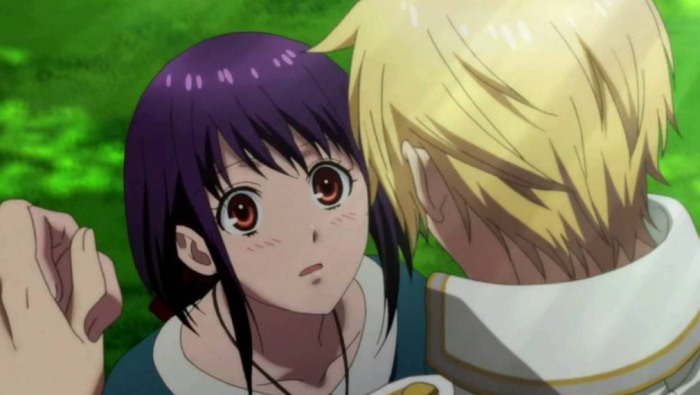 What if you stumble upon a mysterious gateway that leads you to a new world just right in your storehouse? Curiosity can kill the cat.

After opening the door, Yui Kusanagi no longer exists in her present world but is sent to a strange place.

Five men come for her before the meeting with the king of the Gods – Zeus. He wants to restore the relationship between the two races: humans and the gods by creating an academy.

The reason why Yui is in this new world is Zeus’ intention. He selects her to be the only instructor. Zeus gives her one year to teach young deities and 5 men that she met to become human. Or they will never escape from the current reality.

A human girl has to adapt to God’s world and carries a big burden herself. Will she be able to make it?

In this series, Yui plays the role of trainer for five different gods. Apparently, she’s a pure human so she starts her tasks slowly.

There are some points that Yui makes you frustrated. Still, this anime is a good choice for you. 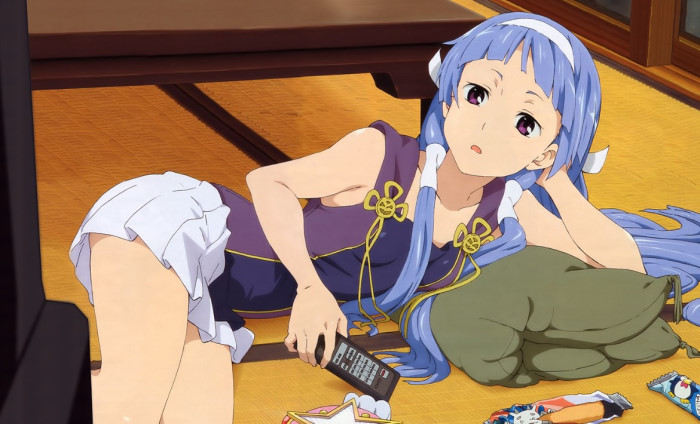 The story follows a boy named Jin. He has a project of carving a statue at school. He decides to finish it by carving on the trunk of the tree.

While pulling the tree outs, he never expects the tree starts shrinking into a girl. The poor trespasser is not aware that he is messing around with the Goddess of Tree named Nagi.

The plot development may not meet your standard but there are many comedy scenes throughout the series. 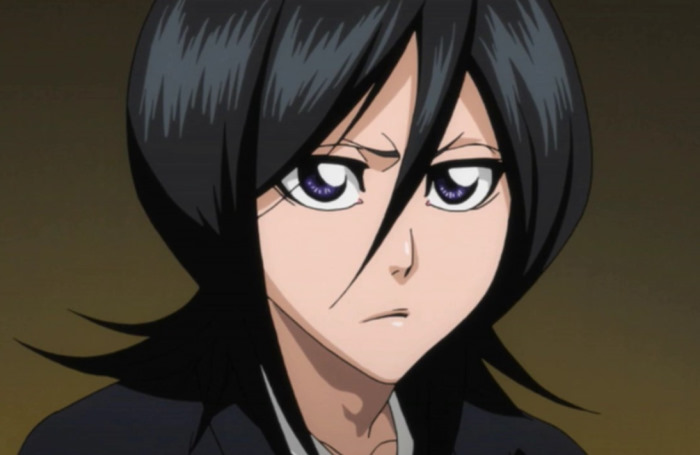 Among the sea of people, there lives a hollow that feeds on human souls. Unfortunately, the poor family of a high schooler named Ichigo Kurosaki is the victim of this spirit.

But, Rukia can’t regain her power, as a result, Ichigo is the only one who takes over the task of handling hollows.

To his surprise, his classmates join him on this new journey. However, these young soul reapers discover that hollows are not their only threat.

Bleach shows many relatable moments to reality. The tragedy of Ichigo’s family with the hardship when facing hollows only strengthens his determination of protecting the people around him. 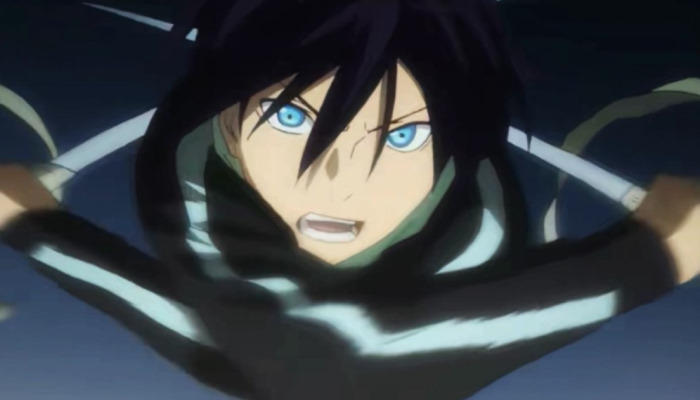 This is the anime where the MC is a god and becomes op. This Delivery God’s name is Yato. Unlike other deities, he doesn’t have a single shrine. His dream is to have millions of people worshipping him.

Too tired to deal with the situation, he gives up on his dream and starts granting a wish for 5 yen. When things work out for him, a girl named Hiyori Iki comes to break his fortune.

She saves him from a car accident and her soul leaves her body. Yato – a minor with little power has to bring Hiyori’s soul back. With the help of her, he’s on the way to fulfilling her wish. Unbeknownst to him, his luck finds its way back to him again.

Despite portraying a pathetic god, Yato brings out the most memorable (both sweet and sad) moments of the entire anime. 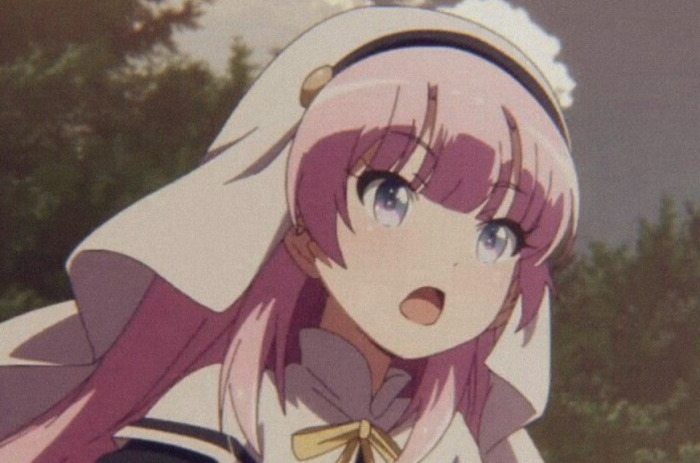 Hina Satou likes to wear outstanding costumes and carry her abnormal spirit with her. She has an insistence on stating herself as the Asgardian god “Odin”.

One day, a boy named Youta Narukami runs into Hina. She uses her ability to read the future and warn him about the upcoming disaster in 30 days. But what’s the point of telling her precognition to a teenage boy?

However, after witnessing Hina’s ability, he believes that there exists a god in this world. Still, Hina is a young child no matter what. She wants to explore things around her life.

How will Hinta, Youta, and their friends keep on their life within 30 days left before the world ends? 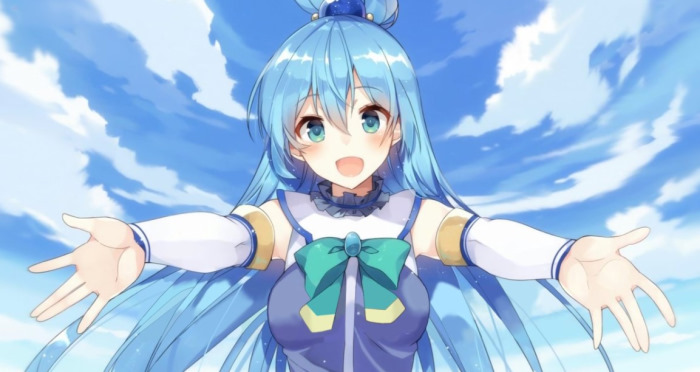 This time, please welcome a show that has mc reincarnated in another world. After suffering from sudden death, The goddess named Aqua welcomes Kazuma Satou with two options: free his soul to heaven or experience an afterlife in a fantasy world.

As a gamer, he always dreams of living in a game world. After reincarnation, his task is to defeat the Demon King. This poor boy chooses a useless item to finish his quest, which is Aqua.

He never knows that there is a big change between reality and a game. These two must get along with each other to earn money for a living. And, there are misfortunes and hardships waiting for them.

Although the series lasts for 10 episodes only, the cast of characters will bring to you the best moments.

10. The World God Only Knows (Keima Katsuragi – God of Conquest) 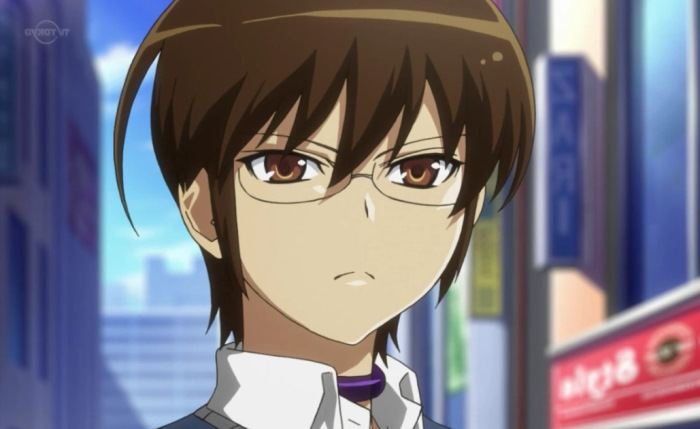 This is a harem anime where the mc is a god. People know Keima Katsuragi as the God of Conquest who captures every girl’s heart in a dating game.

One day, there is an unknown offer challenging him to show his game skill. Feeling so underrated, he accepts it without hesitation and ends up aiding a demon named Elsie. She needs to collect the scattered soul of an evil spirit. This time, Keima has to steal the hearts of 3D girls, which is the task that he hates the most.

Unlike other gods possessing magical power, Keima is an outstanding candidate for his game skills.

The anime portrays a good transition of dating in a virtual world to form a real relationship. How Keima deals with girls that he meets definitely draws you into the series.

That’s all for our top selection of best anime where the MC is a god. Hope you have a great time watching these anime series. Don’t forget to let us know who is your favorite god.