Despite many merits, Black Clover is underrated compared to other shounen anime. Some fans believe it was overshadowed by the more well-known animation series aired at the same time. Nonetheless, for viewers who like watching this anime and want to know more about anime like Black Clover, below are our top 10 recommendations. 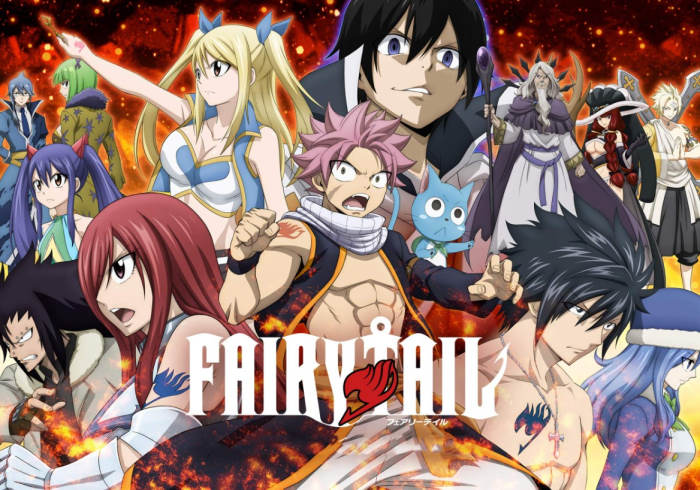 If you are looking for an anime exactly like Black Clover, Fairy Tail is the one for you. This anime was also a huge hit, with a plot that won over a lot of audiences.

The fantastic anime recounts the journey of Netsau Dragneel, a young male member of Fairy Tail which is a prominent magical guild. To find “Dragon of Igneel”, he travels across the mythical earth land.

Natsu and Asta share a lot of similarities. They’re both viewed as role models for teenagers with strong spirits that never give up in the face of obstacles. Fairy Tail is a great anime with tremendous action and combat skills that will send shivers down your spine.

Moreover, both series have themes revolving around friendship, loyalty, and courage. They also feature magical heroes and their numerous adventures throughout the series. 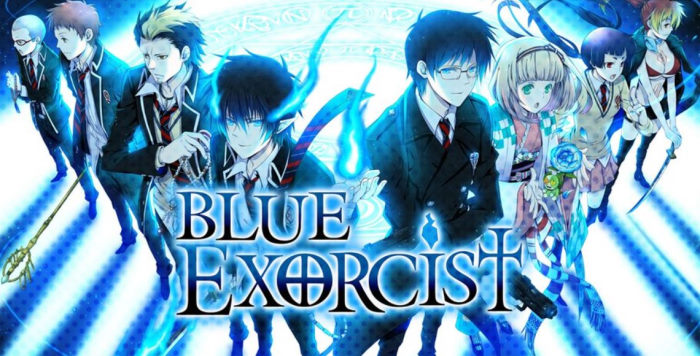 Although Blue Exorcist is an anime that sometimes includes murder, cruelty, and despair, it also has one of the friendliest devils, namely Rin Okumura. He wants to be an exorcist with the hope that his powers would enable him to defeat his dad Satan before the ultimate evil can destroy Assiah, Rin’s motherland.

The anime episodes are packed with action and drama that will appeal to Black Clover fandom, as well as brotherly characters who are not on the same power level.

If you like Black Clover’s mystical universe and fraternal protagonists, Blue Exorcist won’t let you down. 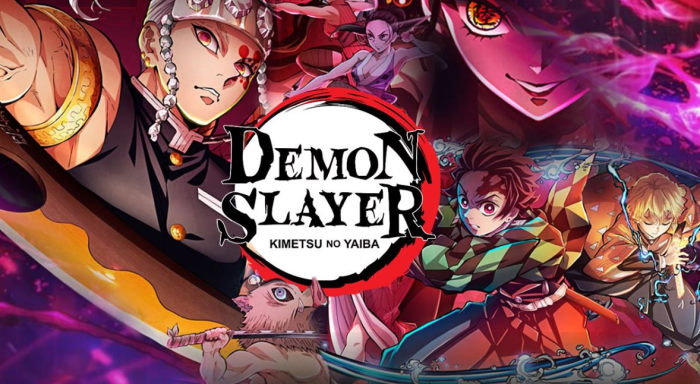 Demon Slayer, a major hit recently, is known for its gorgeous animation, distinctive characters, and thrilling action. It follows Tanjiro, a young boy who endures great grief because of demons and wants vengeance for the havoc and sorrow that he and his sibling Nezuko have endured.

Demon Slayer, similar to Black Clover, will get the viewers interested in Tanjoro’s quest for justice. The main characters of both series, Tanjiro and Asta, are hardworking individuals that go through rigorous training, which would appeal to many admirers of such characters. 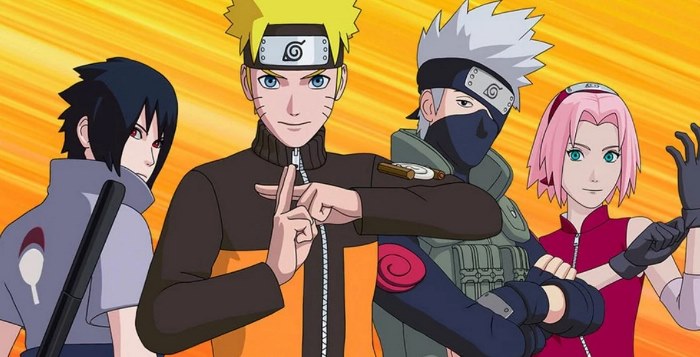 If you’re a lover of anime, you’ve probably heard about Naruto. However, many viewers are put off by the series’ sheer length. The anime focuses on ninjas, particularly the namesake main characters.

Naruto’s dad sacrificed his life to catch an immensely powerful demon and lock it inside his son. The villagers where Naruto lives rejected him as he got older, blaming him for horrible events that had transpired in the hamlet since then.

The protagonist makes the decision to leave his town and pursue his sole ambition: becoming Konohagakure’s Hokage, the highest ninja title. His adventures result in him creating some exceptionally faithful pals.

Naruto and Black Clover share some similarities. Both series revolve around magical powers. Moreover, their main characters both seek to reach the highest title rank in their respective anime, wizard king and Hokage. Similar to Asta, Naruto also lost his parents. 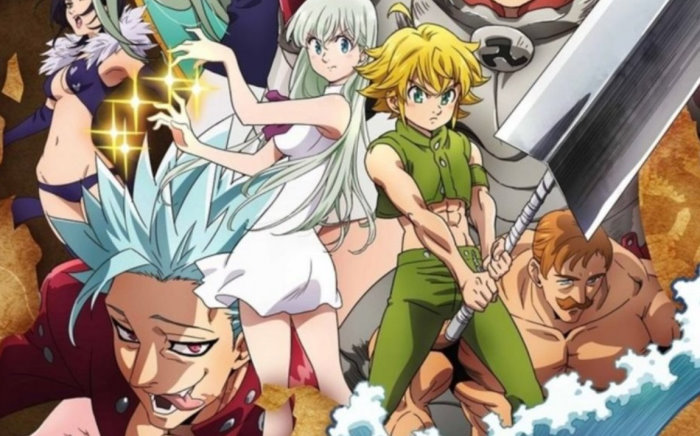 Seven Deadly Sins is another recommendation for the best anime series like Black Clover.

Britannia has a special army containing Holy Knights who are extremely strong. Their powers are utilized to safeguard this empire. However, it appears that some of them, the Seven Deadly Sins, have decided to defy the Holy Knights and aim to topple the Liones’ King.

Despite tales of their survival, these supposedly betrayers are vanquished by the Knights. Years down the line, these Knights deposed the monarch of Liones and established themselves as rulers. The kingdom’s 3rd princess, Elizabeth, resolves to seek the 7 sins in order to reclaim her realm from the grips of the tyrannical Knights.

The epic love story between Meliodas and Elizabeth makes this series a somewhat romance anime. Each episode of Seven Deadly Sin is concise and straight to the point with beautifully drawn animation.

Both Meliodas and Asta are far too powerful. Although Asta was first portrayed to be devoid of skill, there is a remarkable resemblance when it comes to their sheer strength in hand-to-hand fighting. 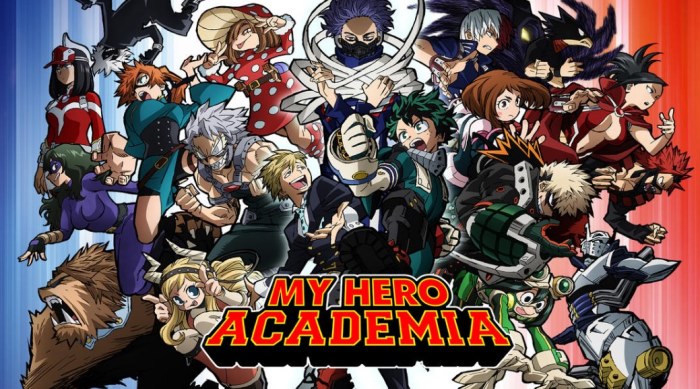 My Hero Academia (MHA) follows the narrative of Izuku Midoriya, a young child born without any abilities until he encounters All Might, who is a pro hero granting the boy his power called One For All.

One of the similarities between MHA and Black Clover is an underdog protagonist who wants to show their potential in a world full of superhumans. Both series include elements of comedy that will make you laugh and difficulties that will make you cry.

One Piece is definitely an anime to watch if you like Black Clover. The show will take you a while to get through for some characters but it will make a lasting impression on viewers once they’ve completed watching it.

One Piece features Monkey D. Luffy, the main character who aspires to obtain the title of Pirate King and discover the concealed titular treasure.

This anime will provide Black Clover fans with a comparable sense of adventure as well as some supernatural aspects that they would not expect. Moreover, both protagonists, Luffy and Asta are obnoxious, noisy, and inept. Nevertheless, they never give up.

Additionally, Luffy, similar to Asta, values his buddies beyond anything else. To protect their friends, they don’t mind unleashing mayhem. 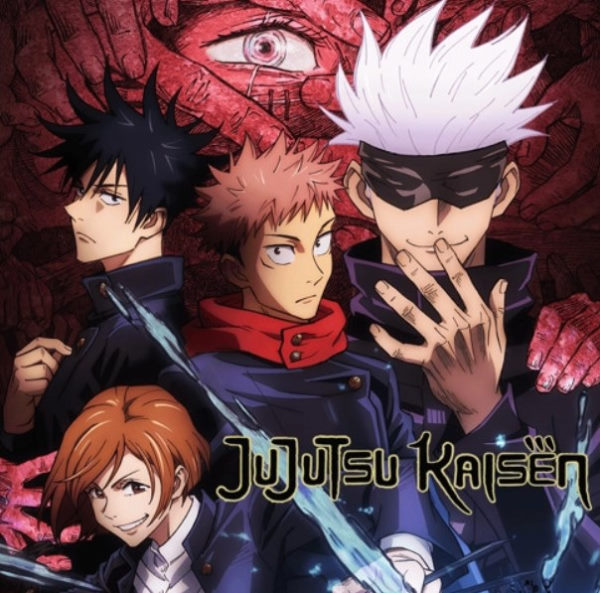 Jujutsu Kaisen is an anime related to Black Clover. It recounts the tale of a young male, Yuuji Itadori, who gets caught in a world full of Curses, monsters born from human hatred, and forced to live as a Jujutsu sorcerer.

Viewers can expect several viciously and wonderfully animated battle sequences with Yuuji and others, much as they did with Black Clover.

In addition, both anime involve individuals with magical powers who must battle terrible foes in order to save mankind. It can take some time for the audience to become acquainted with Jujutsu Kaisen’s setting as well as the characters. However, after catching on, they will find it impossible to stop watching the anime. 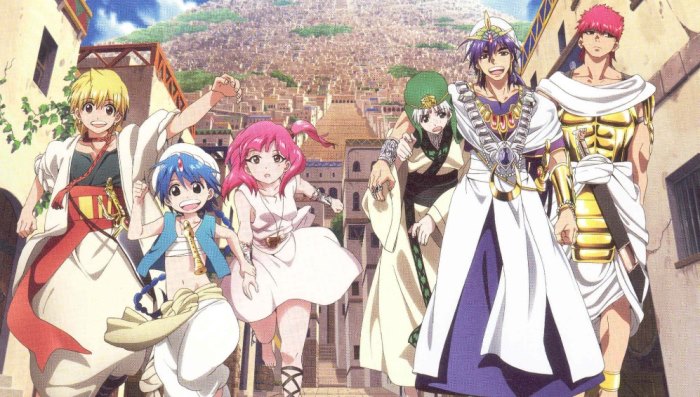 This is a fun action-adventure animation with a magical theme. Parts of the series are based on popular stories from the 1,001 Arabian Nights collection. In this series, Labyrinths are enigmatic places that hide vast sums of money. If you can overcome it, you will have all of the money you require.

They were built by the Magi, which is a unique class of magicians. They’re renowned for guiding specific persons to certain locations and assisting them in the construction of kingdoms. Djinns control the labyrinths and whoever conquers them has access to the Djinns’ enormous powers.

Aladdin is a regular magician who can conjure djinns using his flute. Het sets off on a voyage to discover the world, where he encounters Alibaba. Following an incident, they set out to find the closest labyrinth, which ultimately changes their lives forever.

Like Black Clover, Magi: The Labyrinth will not let viewers down. The fantasy series revolves around magic and a protagonist who is on a quest to rule their realm. So, the protagonists of both series have a similar drive of becoming the most powerful. 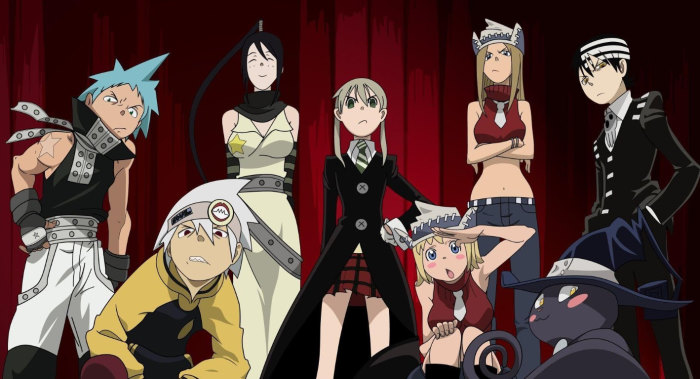 A special academy called Death Meister and the student experiences are the focus of Soul Eater, another Black Clover’s related anime. In this school, shinigami can learn to make high-quality death scythes in order to utilize in combat against evil creatures.

The tools, on the other hand, aren’t composed of metal or anything similar. Instead, the materials are exceptional humans who have the power to turn into weapons after they consume 99 wicked souls and a witch’s soul. The tale of Soul Eater is lovely, and the action is epic.

Evan, similar to Asta, is essential excited because of his acceptance into the special academy. Nevertheless, he soon finds that things are not as simple as they appear. Both becoming the Death Scythe & the Wizard King is a difficult task. So, both Evan and Asta are attempting to earn the necessary qualifications to achieve their ultimate goal.

Finishing watching a favorite show is always a hard thing for a fan. However, being able to find similar series to that show can help you cope with its ending easier. Therefore, we hope that our list of anime similar to Black Clover can help you have a smooth transition and maybe you can discover a new favorite anime to binge-watch.