When you see an anime girl with wings, you know you can expect them to be uniquely bizarre and superbly powerful, not to mention beautiful! Who will make it to the list? Let’s find out! 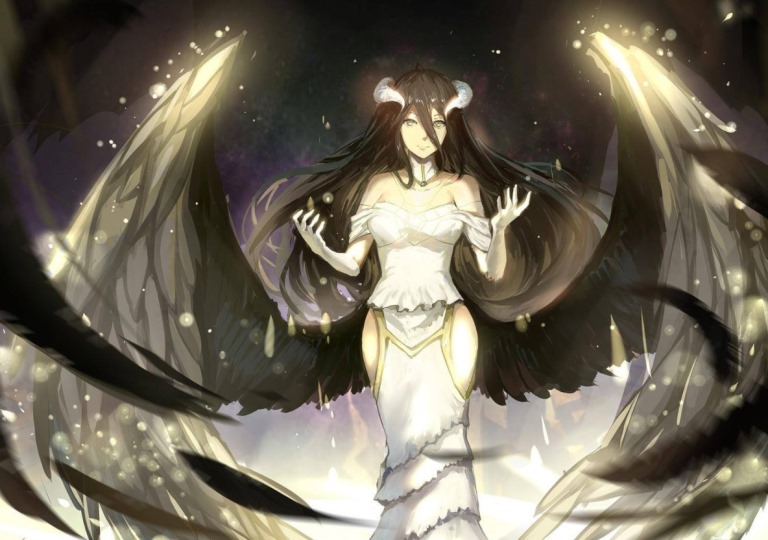 The raven-like black wings and horns strangely commend the beauty of Albedo from Overlord. They contribute to both her usual and combat attires, and we can never get enough of anime girls with duality. Seeing such a pretty lady put on a helmet and hold a scary ax sends excitement through my spine.

Her character is memorable but possibly not suitable for many viewers. She is somewhat a combination of a robot and a succubus because Ainz modified her to remain loyal and in love with him.

Her obsessive tendencies sometimes led to triggering situations, but overall, she simply cares so deeply about Ainz that even the most trivial attacks on him can cause her to lose control. However, Albedo is capable of giving valuable and rational opinions that help Ainz so much. 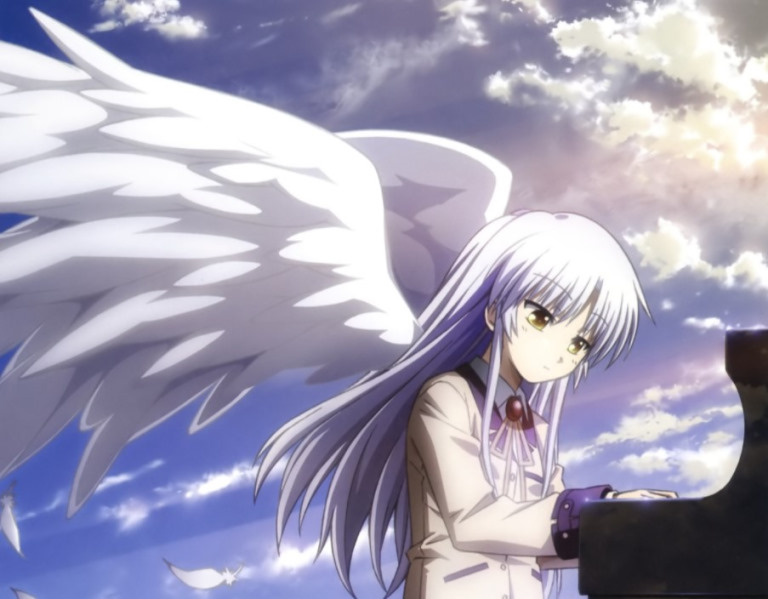 Even in her mundane form, Kanade Tachibana is already more than pretty with the porcelain skin and the ethereal white hair. Her feline eyes and her petite figure effortlessly synchronize and radiate a mysterious aura. The angel wings sprouting according to her will isn’t associated with any flying ability, yet it can still manage a smooth and slow landing.

Kanade appears emotionless and foolish although she is actually quite smart. She can utilize what she has and make big creations out of nothingness, and the indifference she shows towards the pain comes from her tolerance.

As the Angel Beats! series progresses, we will see the changes in her expression as well as her efforts to open up. She isn’t awkward when talking and even helps Otanashi with his plan. 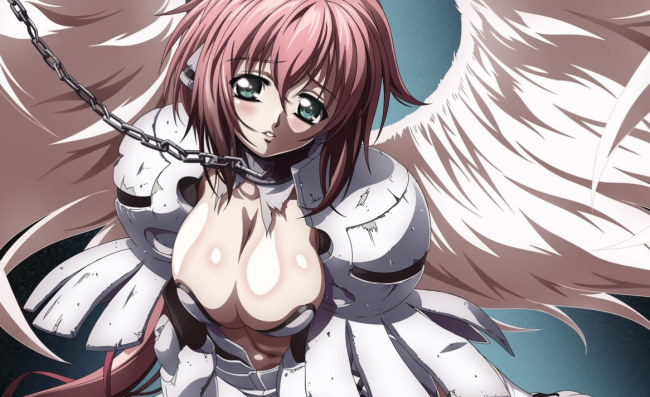 In contrast with the adorable pink hair, Ikaros owns a rather expressionless face, but it is merely because of how she is programmed as an Angeloid whose settings focus on battle and process abilities instead of emotions. Her bird wings and her name are clearly inspired by Icarus from Greek mythology, and so are her weapons.

There is an invisible connection between Ikaros and Tomoki, signaling the bond between them. She truly lives up to the saying “your wish is my command” and seems to be very obedient toward Tomoki. Nonetheless, there are also moments where Ikaros expresses more aggressiveness, mostly when Tomoki’s life is threatened.

Temporarily bidding goodbye to the mature-looking beauties, we will get to know about a small winged anime girl named Cirno, a fairy with the ability to control the cold to the freezing temperature. The ability allows Cirno to create ice cubes, icicles, and even weapons aside from directly turning her opponents frozen. To match the cryo-typed power, Cirno has a pair of crystal wings.

If you love a sassy cutie, Cirno is totally your type! Being overly confident, the girl claims to be the most powerful of them all, even though it is generally indicated that she is kind of silly. Still, our fairy is far from naïve when it comes to dangerous situations. 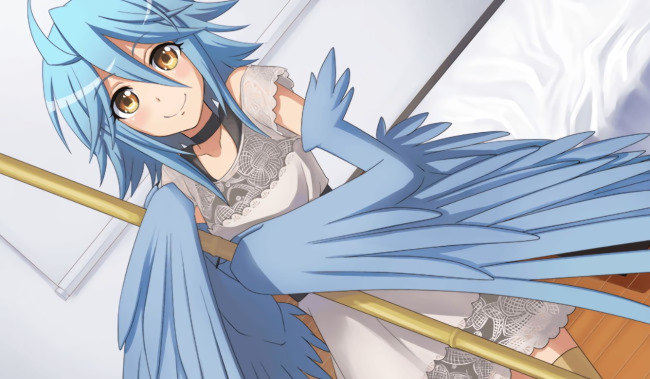 Coming up next on the list is another unique individual, specifically a Harpy born. The signature traits of her kind such as a very petite body and seemingly frail limbs help Papi fly with ease. However, they sometimes make people mistake Papi for a teenager when she is a fully grown adult.

Her blue wings have a darker shade compared to her light blue hair, which looks like it was glowing.

The childish and naïve personality is another reason Papi is considered a child at first sight, plus the forgetfulness. However, she knows when to be serious and worried about others, for she is extremely caring and sweet to her beloved people.

She has wings on her head beside the demon wings stretching out from her back, but all of them are of such small sizes they come out adorable rather than intimidating. Coupled with the red hair and the slightly pink eyes, Koakuma also exudes a mysterious aura.

We have yet to know much about Koakuma other than her occupation at the library. In the game version of Touhou Project, she was a mid-boss that assaulted the protagonist and lost quickly. It is quite obvious that many fans are eagerly waiting to see more of this adorable demon! 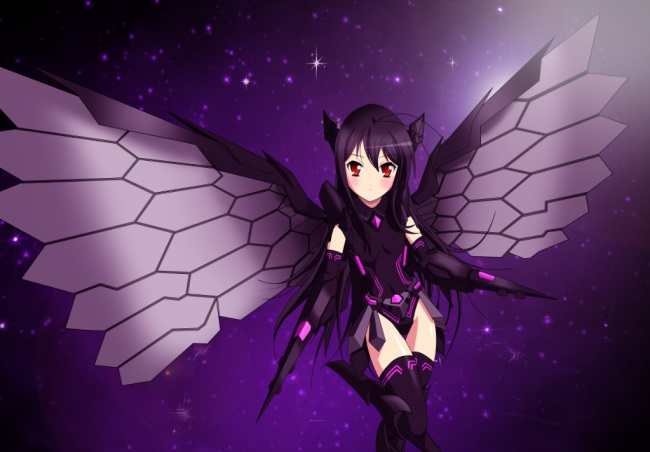 Being the prettiest girl in the school, it is undoubted that Kuroyukihima possesses attractive features and antenna-like strands poking out from her hair to match the dainty butterfly wings. The girl strongly prefers prim clothes of darker colors, which suit the tranquility she radiates so well.

However, Kuroyukihima has instinctive and negative emotions as all humans do. She is jealous when someone else seems interested in Haruyuki and impatient when waiting in line.

Despite her timid appearance, the young beauty is extremely confident about her ability and very competitive in games. Although Kuroyukihima and Haruyuki develop romantic feelings for each other, they still take their duties seriously.

Touhou is taking over our list of anime girls with wings! And the next Touhou Project character for you is a vampire with blonde hair and rather peculiar wings.

There have been discussions about how she might have lost her original wings and styled this artificial pair to her liking. They now resemble two strings of lights, which suit her cute appearance in a strange manner.

But we should never judge the book by its cover. Flandre is insanely strong with the ability to focus her power on the “eye” of an object and destroy it with the clench of her tiny fist. Due to this incredible power and her unstable nature, she has been forbidden from venturing outside of the mansion for half a millennium. 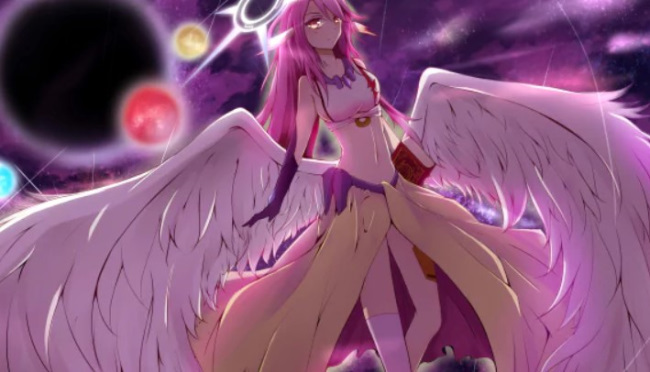 With pink-purple hair and wings, Jibril from No Game No Life looks like a dreamy angel. Despite being the youngest of her race with a youthful appearance, the lady is actually older than one could imagine.

She has a complex personality when she shows politeness to others and looks down on less capable races at the same time. Her thirst for knowledge is so unquenchable that she literally salivates at the idea of having Sora’s tablet and the wisdom contained inside.

After losing to Sora and Shiro, she became subservient to them, especially to Sora. As the story proceeds, the feelings she has for Sora grow deeper as she goes from questioning if it was love to admitting that she now knows what love is. 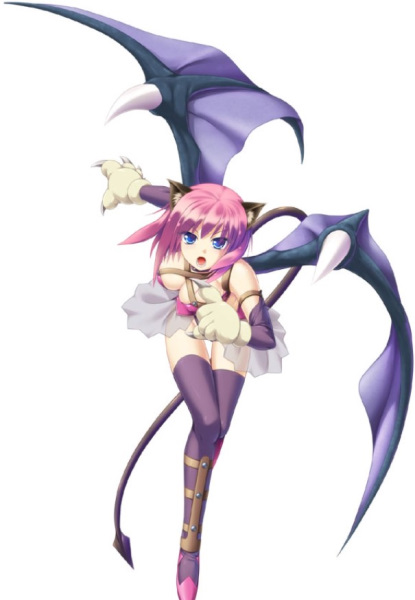 Last but not least, Sharty from Kamidory Alchemy Meister is sure to please your eyes with the feisty dragon wings and tail in contradiction with the pink hair and the cute face. She caused quite a ruckus with the wives of Yuidora before getting captured. Between being executed and joining him, she didn’t choose death.

In-game, Sharty is a valuable part of the team with mixed damage and healing ability that comes in handy against bosses and enemies. If you want to experience the beauty and the power of Sharty, there’s no better way than having your hands on the game!

Who is your favorite anime girl with wings? Do you like them to be innocent and docile or seductive and ferocious? If you think some characters deserve more attention, don’t hesitate to share your thoughts!