It may take only one memorable character to get you to attach to an anime. And sometimes, the deciding factor is their unique hair. In this list, we will go over the top 10 anime characters with white hair that have captivated the hearts of thousands of fans. 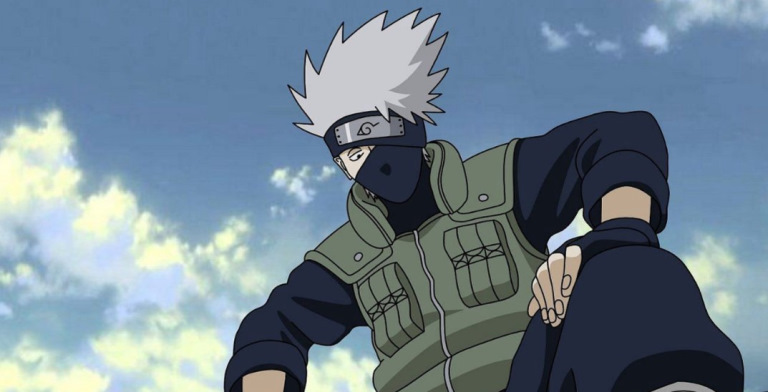 Fans of Naruto are familiar with Kakashi Hatake, a cunning and sarcastic sensei of Team 7 made up of Naruto, Sasuke, and Sakura. Before Team 7, no applicant had ever passed his training.

For those who have not watched the anime, Kakashi is one of the Jounin (elite ninjas) in Hidden Leaf Village. Besides his signature white hair, he always wears a mask that hides most of his face and a skewed headband that covers his left eye.

He has worked and flourished at all levels of ninjas. He has never been seen without wearing his mask. He even puts on at least 2 masks, and even his closest pals don’t know his face. 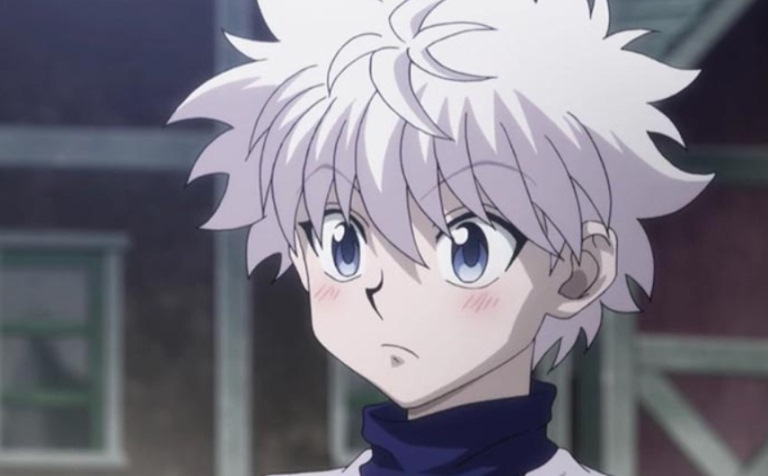 In Hunter x Hunter, Killua Zoldyck’s parents are Silva & Kilyo Zoldyck. He is the heir of his family till he leaves home and takes the role of a Rookie Hunter.

Killua can stand out from the crowd with his silver hair, fair skin, and bright blue eyes. The shape of his eyes changes according to his mood. They will become narrow and sharp while he enters his assassination mode.

Killua is first introduced as someone who resembles Gon regarding his cheekiness, cheerfulness, and mischief. Nevertheless, on the contrary to Gon, Killua can be impolite to others, especially strangers and the elderly. One of his most well-known traits is his sweet caving.

Moreover, he is among the most quick-witted characters, regularly analyzing a situation easily and precisely. Despite his youth, he has the mentality of an adult due to his manner of thinking, pragmatism, and knowledge.

Regardless of Killua’s vast intellect and level-headed personality, he is quite closed off and will get very shy if Gon openly declares that they are best friends or compliments their close friendship. 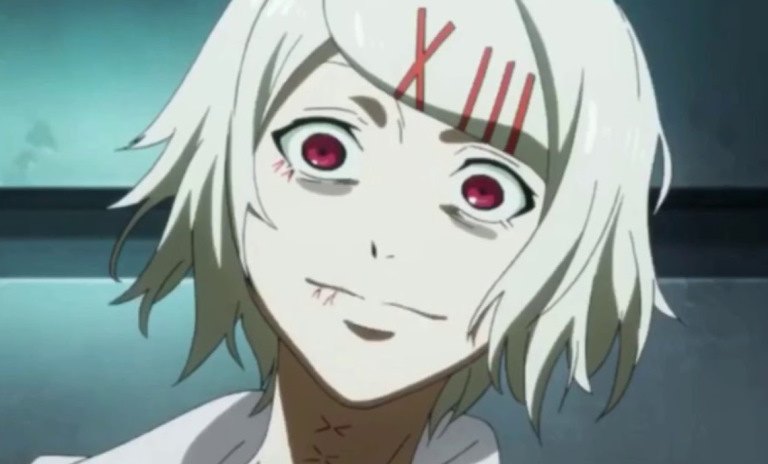 Juuzou Suzuya is a Special Class investigator in ‘Tokyo Ghoul’ anime, who used to go by the name of Rei Suzuya. He began his career as a partner of Yukinori Shinohara and is currently the head of the Suzuya squad.

Appearance-wise, Suzuya has a unisex look with light skin, red eyes, and white shoulder-length hair. He keeps his bangs back with crimson hairpins that create a signature Roman numeral thirteen (XIII) in his hair.

Suzuya’s personality was reasonably normal when he was a child, despite being a little twisted. However, after Big Madam’s therapy, he could not feel fear, pain, or morally responsible. Suzuya’s instructor, Yukinori Shinohara, considered him a “problem child”.

Although he has a youthful and playful attitude, he was an unstable and highly violent individual. His killing methods are clean without any unnecessary motions and he seems to be proud of this ability. He has no qualms about killing somebody. He even considers it as a normal part of life and is unaware of the gravity of death. 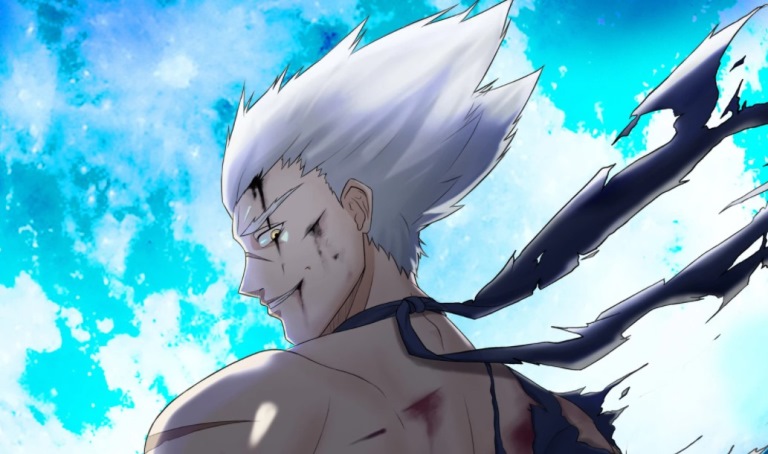 Garou is an antagonist, prodigy in martial arts, and prominent foe of both the Hero and Monster Associations in ‘One-Punch Man’ anime. He used to be a Bang disciple who was ejected from his dojo after a rampage.

Garou is a young male with yellow eyes and long white hair spiking up in 2 enormous prongs, giving him a wolflike appearance.  His nickname is “Human Monster” due to his interest in monsters. Although he is a human, Garous is still considered a serious threat by a high-ranking officer of the Hero Association.

He is a self-assured, vengeful character motivated by a strong loathing for heroes. He despises being insulted and will lash out at anybody who does so. Garou has a strong opinion of himself, which is used to threaten high-ranking officers like heroes and Sitch. If he comes across low-ranking heroes or Hero association members, he’ll assault them.

5. Ja’far (Magi: The Labyrinth Of Magic) 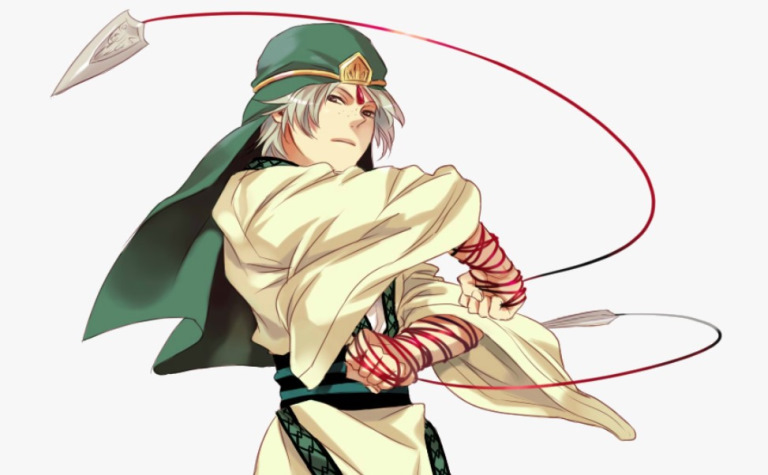 In ‘Magi’ anime, Ja’far is Sinbad’s right-hand man, among the 8 Generals of Sindria Kingdom. He is also the head of the Sindria Trading Company. Ja’far has an average build with light skin, dark eyes, and short silver hair. When he becomes agitated, his eyes will become gray and mimic a snake’s eyes.

Ja’far is serious and gets irritated easily. When Sinbad does something ridiculous, Ja’far is usually his voice of reason. Even though Sinbad is a King, elder & tougher, Ja’far frequently chastises Sinbad.

Despite having a bad temper, Ja’far is mostly polite to other people except for his enemies. Moreover, the character cares profoundly about those he adores and has a lot of affection for children. Ja’far is a workaholic to the extent that he’ll continue working even when he’s sleeping. 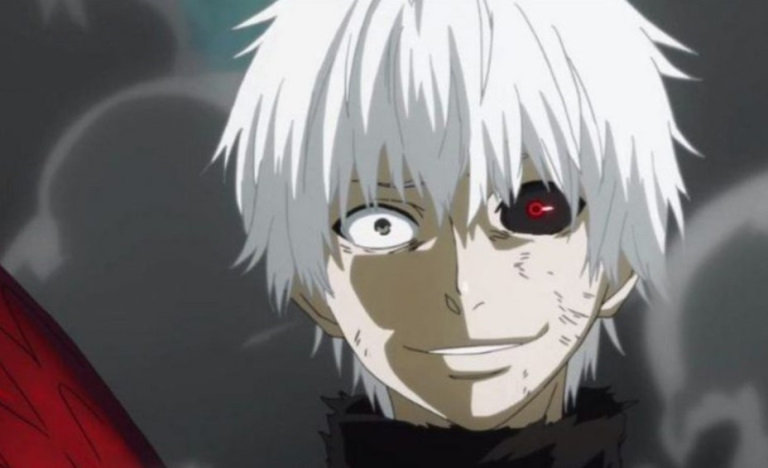 Ken Kaneki is the main character of Tokyo Ghoul anime. He used to be a student at Kamii University studying Japanese literature & leading a very regular life. Nevertheless, after being implanted with Rize Kamishiro’s kakuhou, he is converted into a 1-eyed ghoul. This makes him the 1st manmade one-eyed ghoul ever to exist.

Kaneki used to have black hair. However, his appearance changed dramatically after he was tortured by Yamori. His hair turned white, while his nails turned darkened and his physique became more muscular.

Kaneki used to be reticent and Hide was his sole close friend. He mostly spent his time reading. For the most part, he seemed upbeat and was incredibly gentle.

However, Kaneki’s demeanor changed dramatically after being taken captive and subjected to severe torture of Yamori. Although he was still able to display his compassionate personality in from of those he cared about, he got cruel towards his adversaries. He craved strength and power, and as a result, he became more power-hungry and seemingly arrogant. 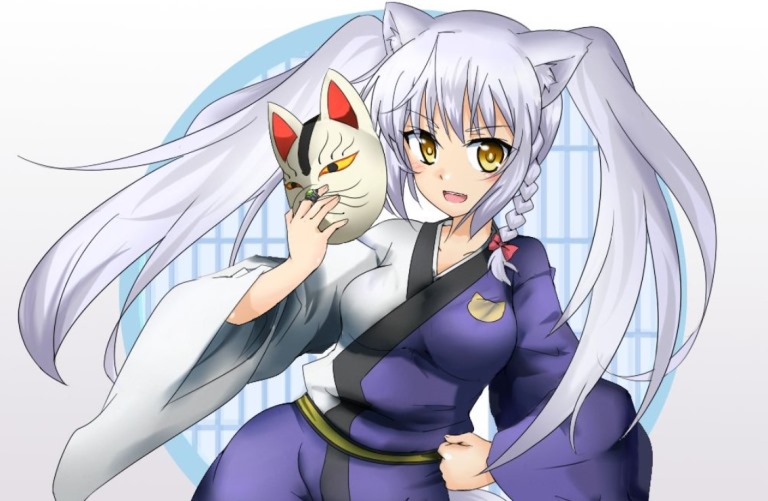 The character’s hair is white and waist-length. Small and pointed cat-like ears perch on top of her head, which she closes when she enters her “ignore mode” which she uses to avoid hearing any more counter-arguments. She has bright yellow eyes and a little protruding fang.

Leo used to be more outgoing and affectionate. However, after her star reading that predicted the death of Princess Millhiore, Leo’s childhood friend, The Galette Lion Princess became cold and vicious, starting numerous wars with Biscotti’s people. Leo exuded confidence and a strong presence as she governed the country.

After the event of the fox demon, she reverted to her original personality and close bond with Princess Millihiore. 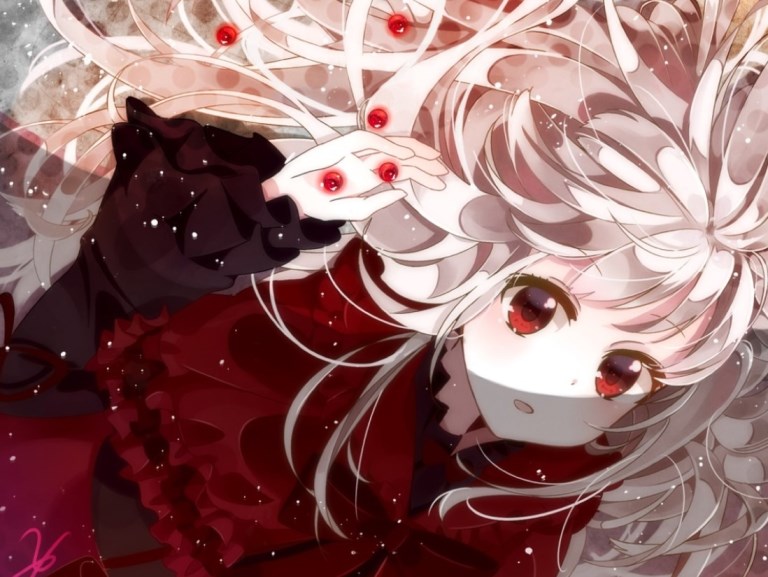 Anna Kushina is currently the HOMRA’s King, as well as the sole female and youngest member of the organization. She’s colorblind except red.

Anna is a sweet young girl who looks like a doll, having purple eyes, white hair, and light skin. In comparison to her noisier, more quirky HOMRA comrades, Anna is quite conscientious and quiet.

Because of her youthful age and role as the only girl in the group, Anna rarely exhibits emotions and doesn’t actively join HOMRA’s gang-like activities. Yet, she’s ready to tag along and cooperate if needed. 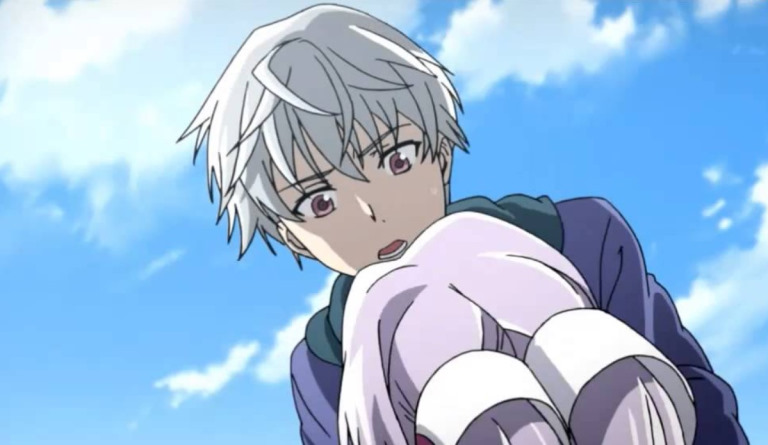 Aru Akese is a buddy of Yukiteru Amano who subsequently becomes 1 of the Future Diary anime’s key characters. He’s a bright young man who aspires to be a world-famous investigator when he grows up. He becomes Yuki’s close friend while investigating the relationships between Yukki & the diary owners and an adversary & rival of Yuno Gasai.

Aru is a white-haired boy with red eyes. He’s reasonable and intelligent. Despite being surrounded by people who had diaries that predicted the future, he managed to outsmart them. Aru is a keen observer, picking up on minor information and combining it to gain leverage.

He’s also quiet and restrained when it comes to his feelings. Aru’s a very gregarious person who is not hesitant to make friends with people whom he’s shortly known, including those who used to be his rivals.

Even though Aru has demonstrated that he sincerely cares about people and wants to offer them help on numerous occasions, he isn’t above manipulating and violating the law to obtain what he wants. 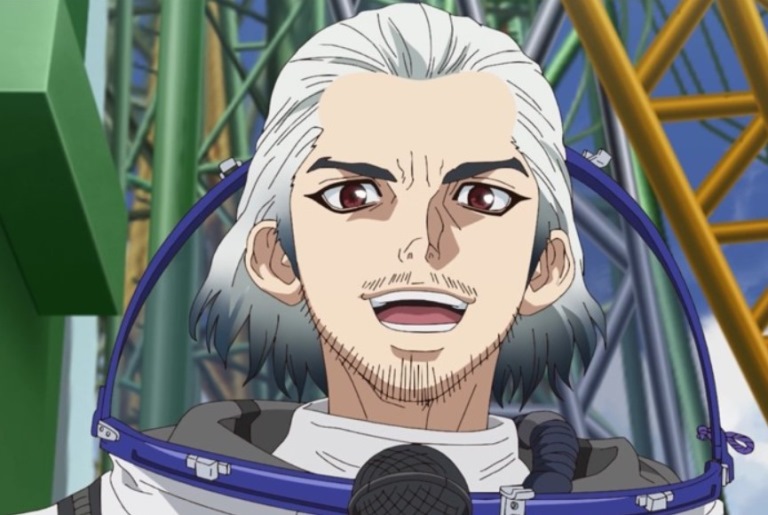 In Dr. Stone, Byakuya Ishigami was Senku’s adoptive dad. While the mass-petrification on Earth happened, he’s an astronaut aboard International Space Station.

Regarding appearance, he has a buzz-cut beard, a mustache, white hair, as well as brown eyes similar to Senku’s. Personality-wise, Byakuya was a loving and supportive dad who adored his kid Senku. He even sold his automobile to help Senku get the supplies he needed to continue his interest in science.

Byakuya was a humorous, kind, and mischievous character, always finding a way to laugh and make things lighter. He was a brave man who did everything he could in order to help others. He also tries to find different ways to put his abilities and skills to good use.

Our list includes 10 of the most popular anime characters with white hair. Besides the distinctive hair color, these characters have unique and complex personalities which make them stand out even more in the respective anime that they are a part of. As a result, fans are likely to be drawn to them regardless of their role in the anime.