Let’s dive into the article and explore what makes each of them so distinctive!

Reina Kousaka is the female protagonist of Hibike! Euphonium anime series. She is a first-year high school student who plays the trumpet in the school concert band. She has shown a great passion for music since she was a child. Reina can play the piano and trumpet excellently.

Reina is described as a good-looking and petite girl with black hair and purple eyes. Her normal outfit is the Kitauji High School uniform for female students.

In addition to being a discreet and composed person, Reina also has a mysterious and standoffish trait, which distances her from her peers.

However, after becoming close to Kumiko Oumae, she begins to open up to others and expresses a more affable and empathetic side of her personality. Her willingness to make friends and interact with others is evidence of her change in personality as the series progresses.

Chizuru Hishiro is the ReLIFE Laboratory‘s Test Subject No. 001 from the Kantou Branch. She is an adorable and highly intelligent girl of average build with black fluffy hair tied in low pigtails and light green eyes.

As a result of her childhood experiences, she lacks social skills and prefers keeping to herself. This leads to her awkwardness when handling matters involving a lot of people and her obliviousness to her surroundings.

But even so, Chizuru still wants to overcome her communication problem as she tends to search for things she does not understand on the internet, even her feelings, or try to give a forced smile that often confuses others.

Later, thanks to her friends, Chizuru managed to resolve her past issues and retrieve her used-to-be-damaged feelings. She begins to cherish her relationships in high school and recognizes the significance of having friends by her side.

Sango is a demon slayer who helps remove yokai (demons) from the human villages. She is portrayed as a beautiful and calm young woman with a fair complexion, brown eyes, black hair, and fringe.

Trained to slay demons since childhood, Sango is considered the strongest demon slayer of her village. In addition to her valuable skills used in battling demons, she also has vast knowledge passed down from her ancestors including detecting a demon’s weakness based on their characteristics.

Sango prides herself on being a demon slayer and has an independent and tough personality. Possessing a brave heart and a strong sense of obligation, she doesn’t count on others to help her but her advanced fighting skills. Sango will show no mercy when confronting enemies. 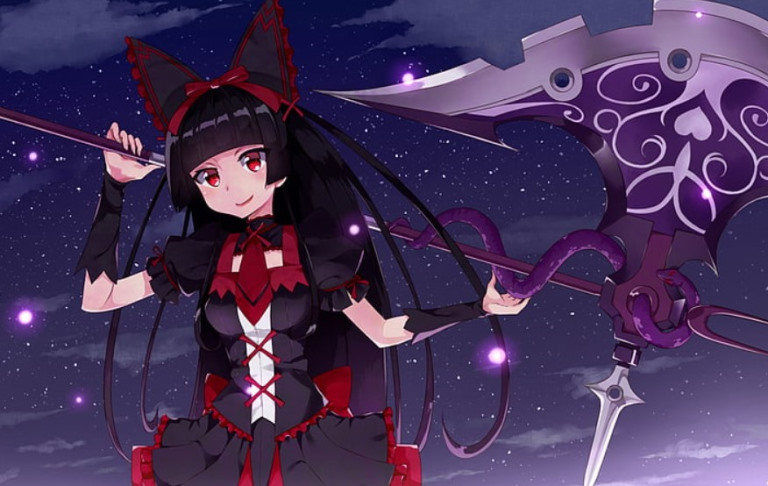 Rory Mercury is a demigoddess who has been living for 961 years. Despite her age, she looks like a 13-year-old girl with a delicate frame, red eyes, and long black hair with bangs. She is also the third-youngest apostle of Emroy, the god of violence, war, darkness, and death.

People often call her ‘Rory the Reaper’ as she wields her halberd to slaughter those offensive towards Emroy or deserving death. Rory is often seen wearing a gothic lolita black dress with black stockings, red boots, red frills, and garters.

Rory is shown to be a friendly person as she can make friends easily and is kind to good ordinary people. Nevertheless, she does not hesitate to slaughter a gang of bandits and criminals without any mercy. During the battle, she shows a sadistic and violent personality when encountering those she considers guilty.

Nezuko Kamado is the second main character of Demon Slayer: Kimetsu no Yaiba anime. After being attacked, she turned into a very powerful demon with an extraordinary growth rate.

Nezuko is a beautiful young girl of a petite build. She has fair skin, long wavy black hair with no bangs, pink eyes, and remarkably long eyelashes. Back when she was a human, she was a kind-hearted and considerate girl who always put others before herself. This trait was like her older brother Tanjiro.

As a demon, her personality has changed but remains protective and caring towards those she deems as family members. Compared to most demons, Nezuko is still much more level-headed and less malicious. Even in the event of exposure to human blood or extreme injury, she still manifests her resistance to consuming human blood or flesh.

Another black-haired anime character is Zangetsu, who is the spirit appearance manifested by Ichigo Kurosaki’s Quincy powers. He is described as a stoic tall middle-aged man with a short beard, curly long black hair, and glasses. He usually wears black pants, a white dress shirt, a long black overcoat, and low-heeled boots.

Zangetsu bears a strong resemblance to Yhwach, who is the father of Quincy from 1000 years ago. In contrast to Ichigo Kurosaki who is short-tempered, Zangetsu is a cool and composed person.

Although Ichigo is his master, Zangetsu tends to act as his mentor and endeavors to train Ichigo to become stronger. In his Bankai form, he still retains his not-in-Bankai personality but is far more aggressive.

Besides being a member of the Fairy Tail Guild, Gajeel Redfox is also an Iron Dragon Slayer who can use the Lost magic “Dragon Slayer Magic”. Gajeel appears to be a tall man with a muscular body, black spiky hair, red eyes, and no visible eyebrows.

Gajeel was initially an apathetic boy who would injure his comrades without hesitation if irritated. Despite his exterior, he still displays emotionally vulnerable characteristics as he got upset when finding out he was the only Dragon Slayer not having a cat as a companion.

Gajeel believes that he is a great musician regardless of his glass cracking, ear destroying and metal grinding voice. Another unique feature of Gajeel is his impressive way of laughing “Gi Hi Hi Hi”.

Arthur Rimbaud is a spy whose goal is to investigate the mysterious Arahabaki-related project conducted by the Japanese military. He has the appearance of a pale man with a slim body, tired gold eyes, and long black hair. His regular attire is winter clothes, a dark red scarf with black stripes and white earmuffs.

Rimbaud seems to respect lives a lot as he never lets his enemies suffer more than what they are worth. When cornered, he tends to make drastic decisions. He can absorb corpses and use Illuminations to create a hyperspace that makes Upon the Tainted Sorrow useless. 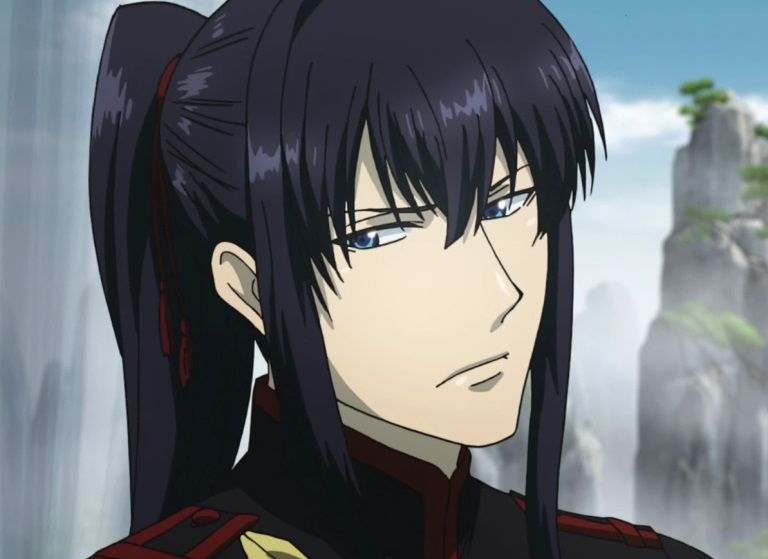 Yu Kanda is a Second Exorcist who is the subject of the Second Exorcist project of which the ultimate goal is to synchronize Accommodators for the use of the Black Order.

Kanda is a good-looking young man with long black hair, two hair strands tied in pigtails on both sides, and blue eyes.

Kanda is a proud and cold person who does not hesitate to abandon those slowing him down. Despite his grudging complaints, he will go to any lengths even putting himself in danger to rescue others.

Since Kanda was a child, he has been a moody and bad-tempered guy, especially towards Alma Karma, who tried to become his friend.

Byakuya has long black hair and grey eyes. His typical outfit includes the standard captain uniform and a white scarf which is equivalent to ten mansions.

Byakuya acts in such an aristocratic manner that he always seems indifferent and calm towards others, even in battle. Additionally, he is fully aware of the edge of his capacity.

Byakuya will get offended if people use his name improperly. He shows a strong belief in order and law.

These anime characters with long black hair are just 10 among numerous characters in the appealing anime world. Each character has a unique appearance, a unique personality and a unique life story. All of these unique features combine together to create a captivating anime series that successfully conveys the implications of the creators and inscribes Japanese anime names in the hall of fame.