Anime characters are widely known for their various hairstyles which can depict their unique personality or simply show off their style. In this article, we have compiled a list of both female and male anime characters with dreads. 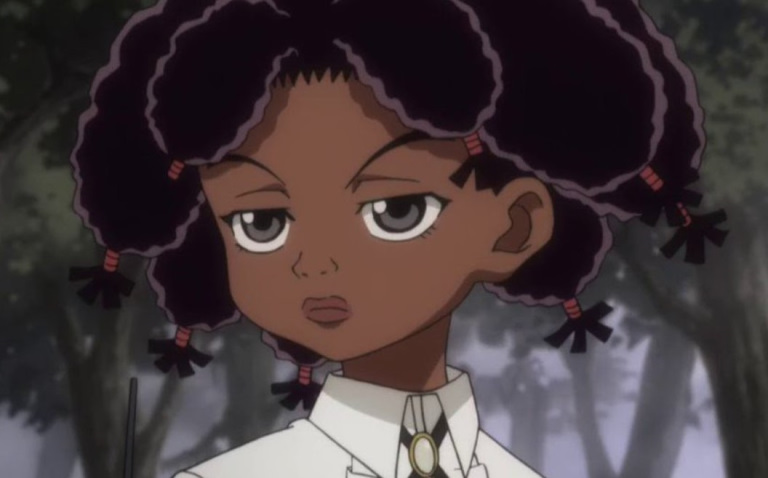 Canary is the Zoldyck family’s trainee butler. Anyone who tries to sneak through her post will be evicted forcibly.

Canary is a young black female with gray eyes and purple hair gathered into big bunches at the tips. In the 1999 anime version, her hair was put into red dreads.

Canary has unswerving loyalty towards the Zoldyck family. At first, she was portrayed as a vicious guardian who will not hesitate to strike trespassers. Nonetheless, as Gon points, out, she isn’t as ruthless as she seems to be. Despite her attempts to hide, her eyes still show gentleness or care for a brief moment. 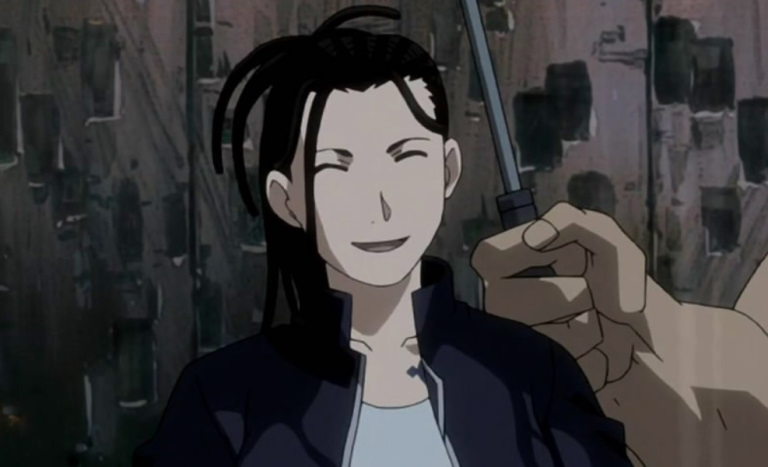 Izumi Curtis is a brilliant alchemist and talented martial artist as well as Sig’s wife. The couple manages a butcher shop. Despite her preference for not taking on students, Izumi agreed to accept both Edward and Alphonse Elric as her apprentices.

Izumi is a mature woman with a slim but toned build and a tall stature. She has light skin and black locs put in a ponytail.

Izumi seems to be proud of her role as a simple and gentle housewife most of the time. However, when she is upset or wants to frighten someone, she is inclined to quick violent acts and deliver bodily injury.

She is also highly interested and open-minded, seeing differences yet respecting them.

Another anime girl with dreads is Morii from Blade & Soul. Her dad is the village chief of Moshiri. Aruka was hired as Morii’s bodyguard.

She is a young girl who styles her hair as red dreadlocks. She has light brown eyes and light eyebrows. She is spotted with one minimalistic earring on her left ear. 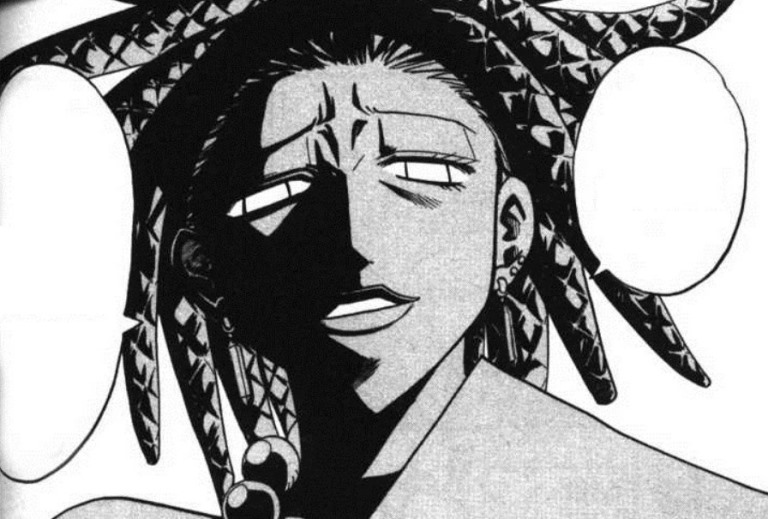 Lilith Nina is a part of a squad called Doryu Ghost Attack. She is a young average-height female with a slim but curvy figure. Like other anime characters that have dreadlocks, her green hair is curled into a complex pattern.

Lilith is a cunning and resourceful female who poses in a calm and sensual manner. She can make use of not only her appealing figure but also her silver tongue in order to further her organization’s goals.

She can use lies and tricks to gain what she desires. She is also capable of becoming cruel. 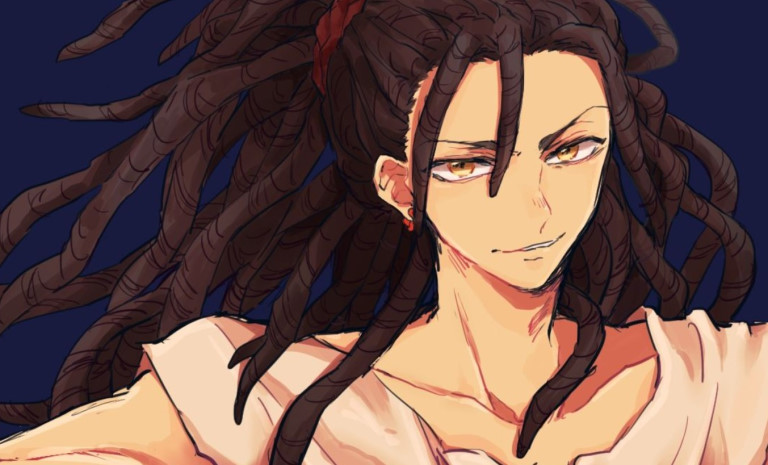 Cassim was Alibaba’s adopted brother and old pal. The latter is promoted to Fog Troupe Leader by the former.

Cassim had golden eyes and purple dreads arranged in a half-ponytail. He was a young average-height man and frequently dressed in slum clothes. He was seen wearing the identical little hoop earrings that Alibaba was wearing.

Cassim can be mean, yet he has a lot of genuine fun with his pals and still cares. His years living in the slums have moulded him into someone who is deceptive, distrustful of the authorities, and skilled with words. He had always felt unworthy as a result of his dad’s blood, and he started to resent his position.

Moreover, Cassim had a serious inferiority complex, continually making comparisons between Alibaba and himself. He views Alibaba as everything he aspired to be. 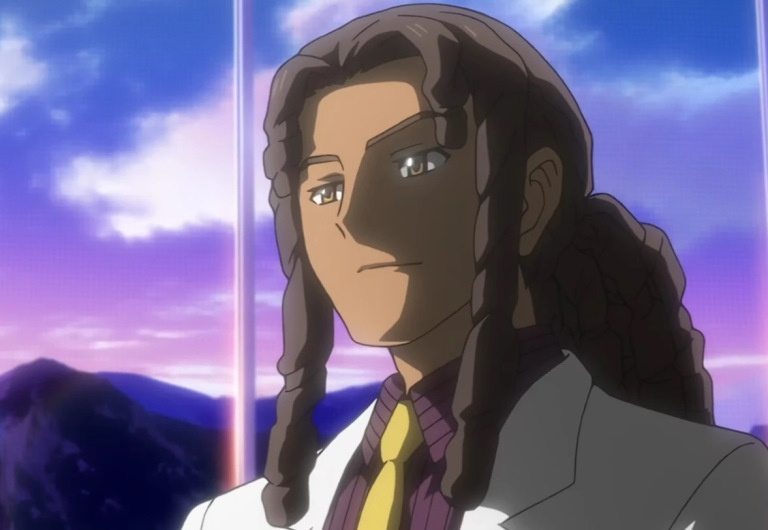 Nil Nielsen is an anime boy with locs and a dark complexion. His earliest appearances were all about science. He wasn’t interested in the Gunpla Battle because of the excitement, but rather to learn more about Plavsky Particles. His enjoyment in Gunpla was only discovered after his duel with Sei & Reiji.

To win fights tactically, Nils builds and operates Gundam by using sophisticated knowledge and innate talent (presumably from his martial art abilities), as well as his exceptional Sengoku Astray’s construction and tuning.

You will love: Top 12 Anime Boys With Long Hair 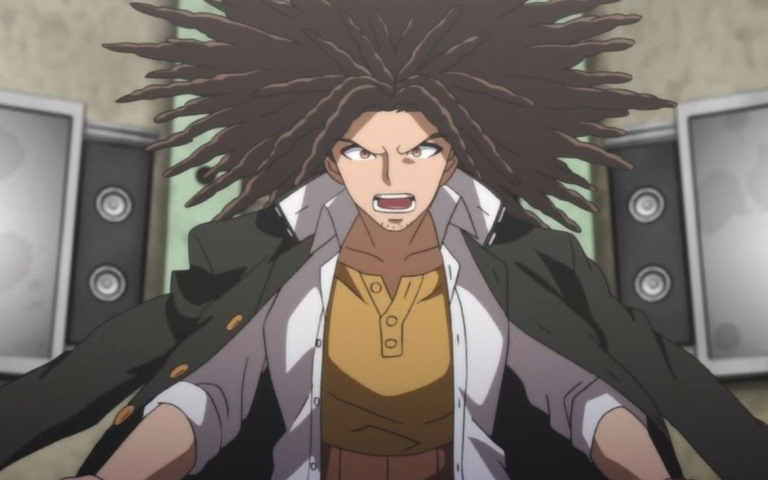 The brown-eyed young man has a light brown complexion and bristles on his chin. His hair is arranged in brown dreadlocks that appear to be slightly bent to the back of his head and protrude out as huge points.

Yasuhiro is a cheerful, laid-back student who is also a little strange, Nevertheless, he isn’t well-liked and has freely confessed that he doesn’t have any friends due to his cowardice, laziness, sluggish wit, and tendency to behave selfishly.

Moreover, he doesn’t wisely spend his money and struggles with enormous debts on a regular basis.

In spite of his many issues, Yasuhiro has a redeeming quality. He is said to have a deep love and concern for his mom. 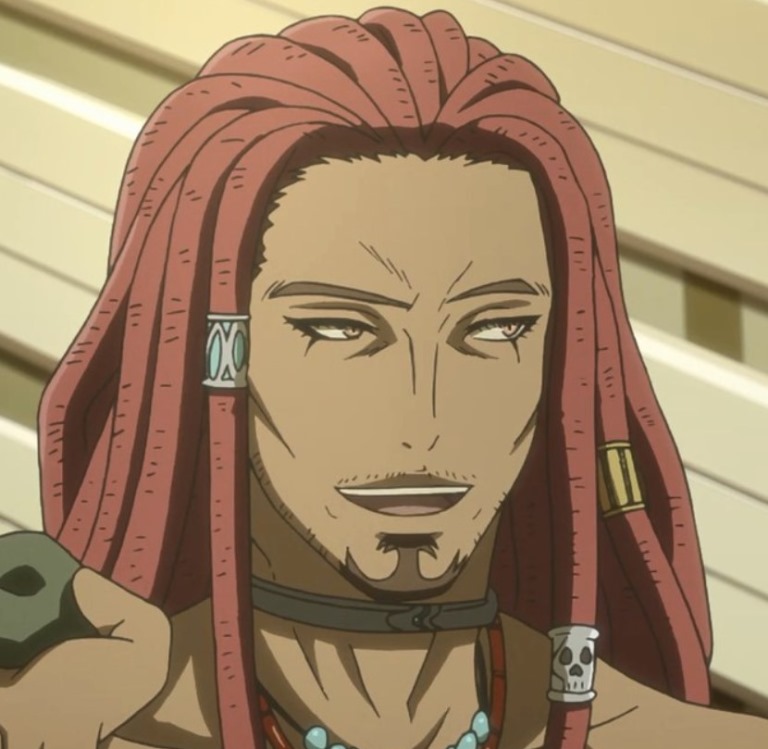 Kenkaya, nicknamed the Brawler, is the central character in Akudama Drive. He was labeled an Akudama and sentenced to 348 years in jail for the havoc he has created in his pursuit of a formidable opponent.

He is a black guy who has shoulder-length pink dreads. He was dressed in a military green coat, dark pants, and black boots.

Kenkaya was plain and uncomplicated. His belief is that power was everything and he was willing to die for it under the condition that he could face powerful opponents.

As a result, he was frequently chastised as being “simpleminded” and a “meathead”. As a display of friendship, he would frequently fist bump others. 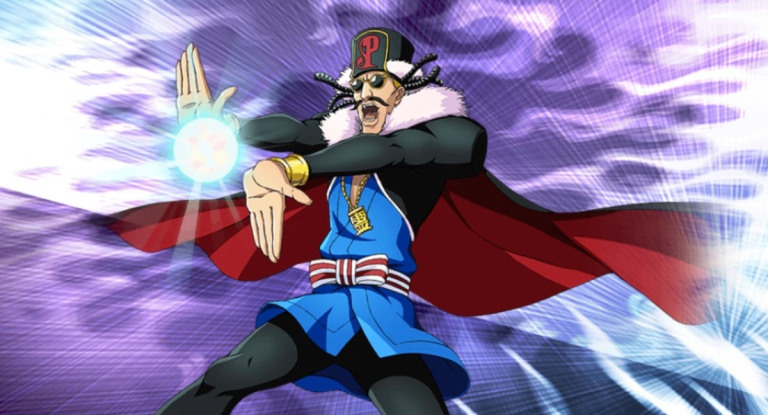 Don Kanonji is a well-known soul medium, hosting the TV show Cazh Soul. He is tall and skinny, with a mustache as well as a deep-set pair of eyes, however, he isn’t attractive at all. He puts on spectacles and various flamboyant costumes and hats which do not cover his dark locs.

Kanonji is a good guy who genuinely wants to save the day. He declines to flee since his show is seen by 1 out of every 4 people and it teaches courage to children.

Kaz Kaan is an important character in the Neo Yokio anime series. Dissimilar from his relatives, he has purple-pink dreadlocks and purple eyes. His body is slender and feminine.

He is a highly outspoken person who won’t be hesitant to do and say something that would harm somebody’s feelings. The young man can be sometimes self-centered and egotistical.

There are not many anime characters with dreadlocks, in comparison to other hairstyles. However, they still have a comparatively wide variety of appearances and personalities. The special hairstyle also helps them leave a strong impression on the anime viewers.